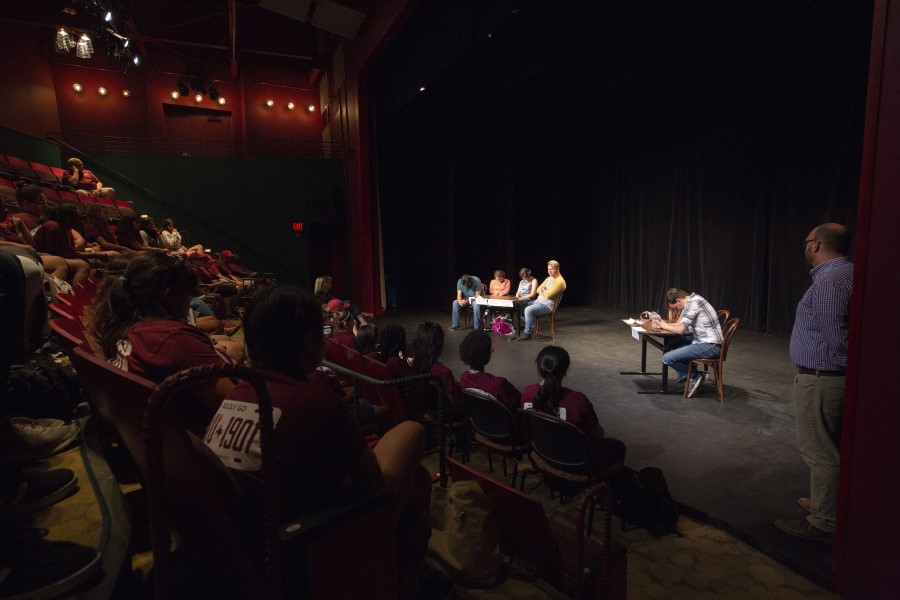 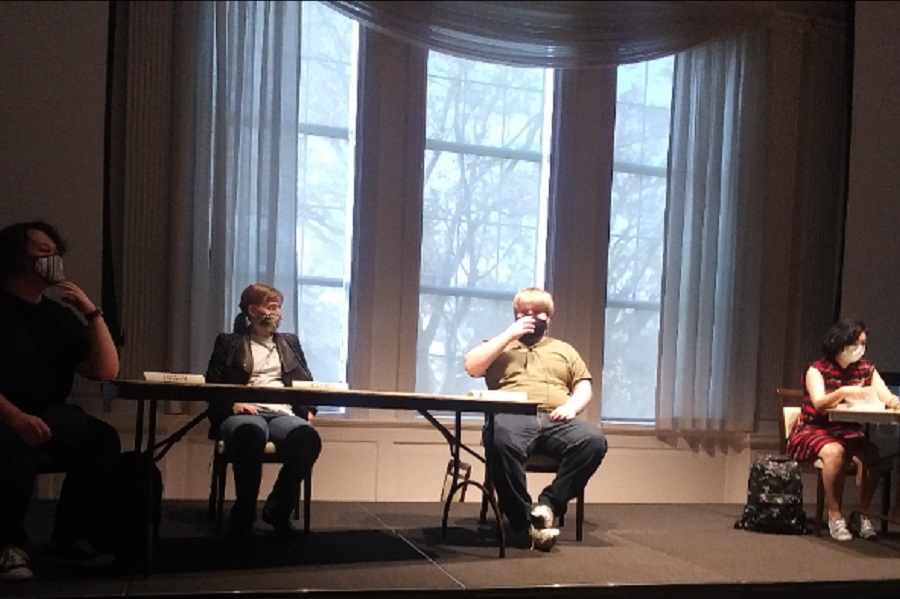 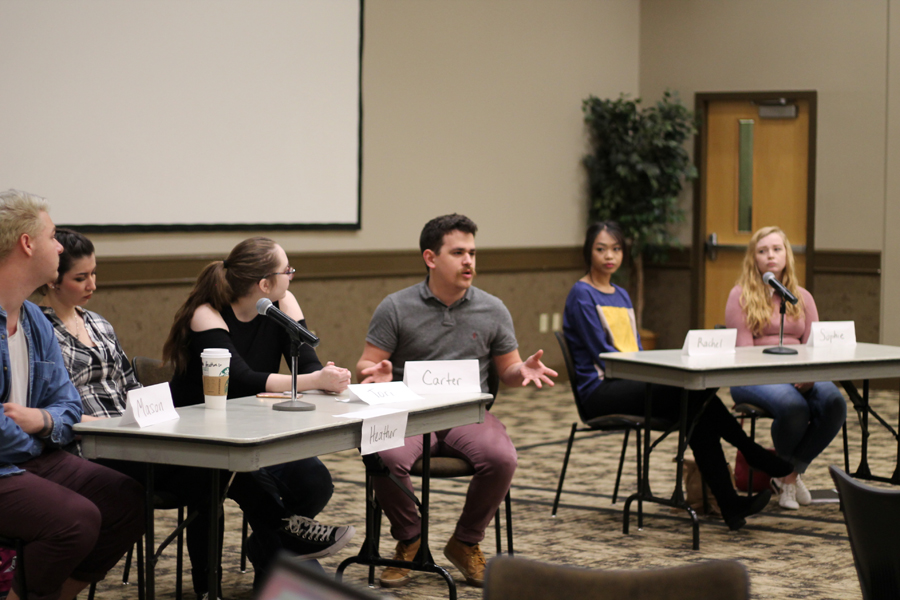 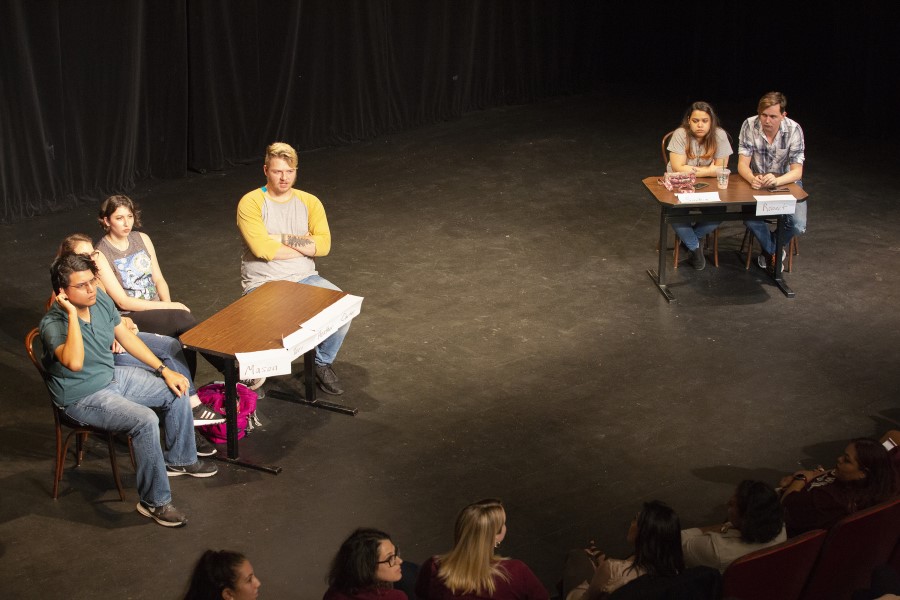 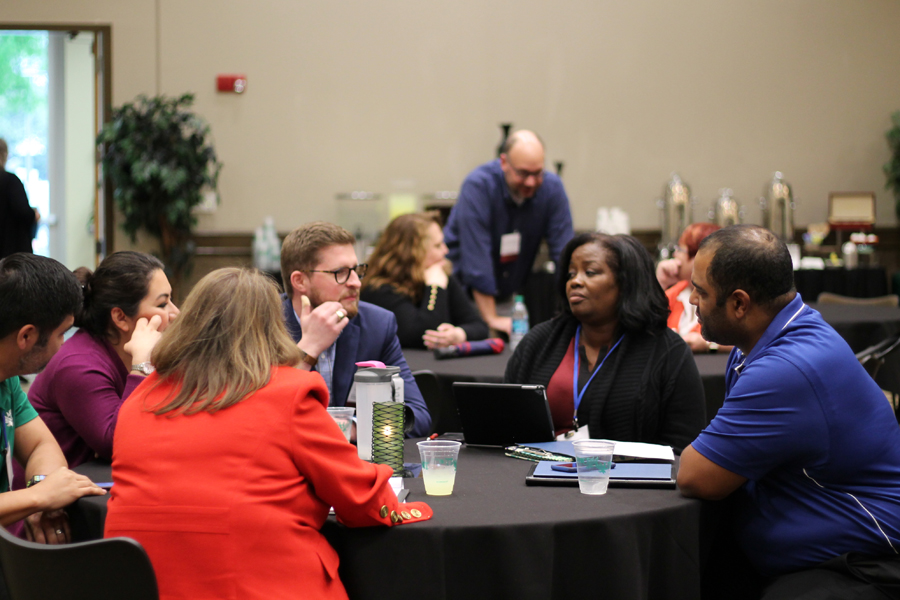 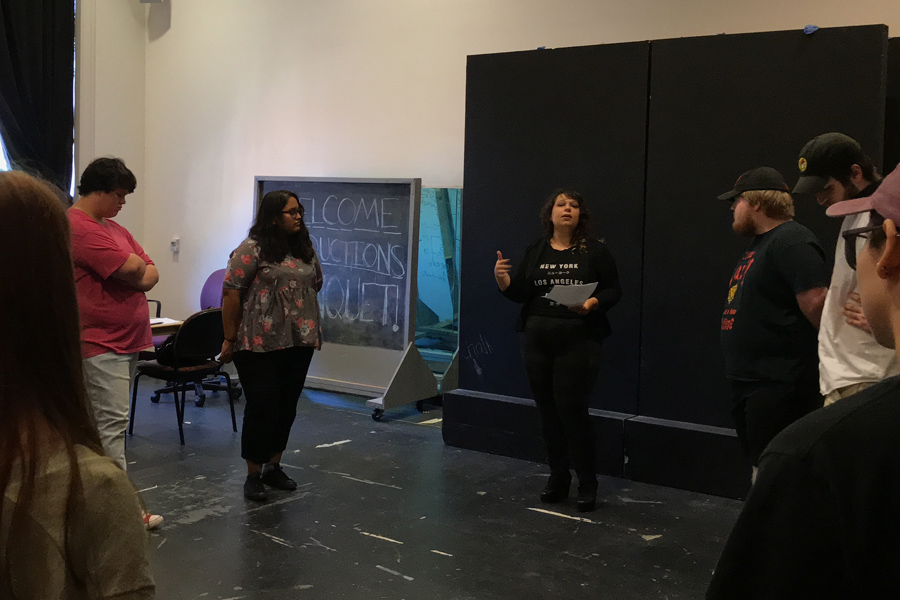 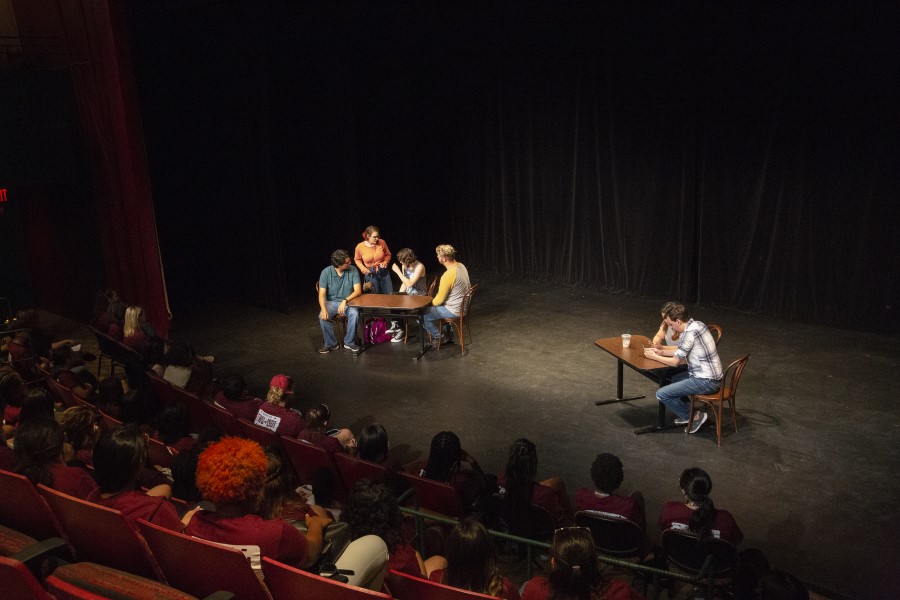 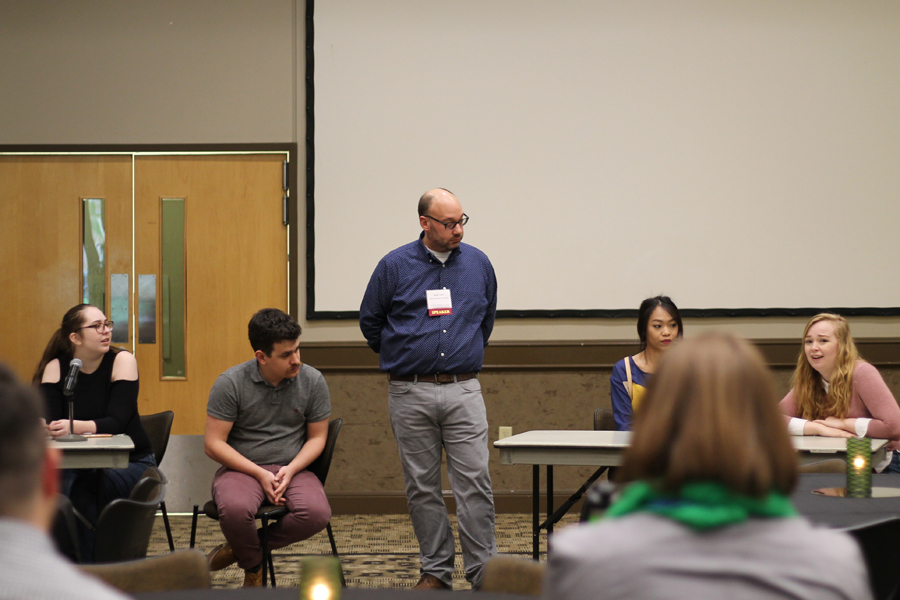 The Texas Woman's University Interactive Theatre Troupe (TWU ITT) was founded in 2016 by Dr. Noah Lelek with support from a Creative Arts and Humanities Grant from the TWU Office of Research and Sponsored Programs. The troupe is housed in and strongly supported by the Theatre Department. The goal of the troupe is to increase dialogue about sensitive subjects, including sexual assault, victim blaming and racial injustice. The troupe is based on Augusto Boal’s Theatre of the Oppressed and Forum Theatre techniques, which provide audiences a way to promote social change and explore, analyze, and transform the circumstances in which they live. The performance begins with a 5-10 minute traditional play, followed by time for the audience to ask the characters questions about their backgrounds, the situation, and their motivations. Finally, members of the audience are asked to enter the scene to try to solve the issues raised in the script in a safe and supportive manner.

Welcome to College: This script has six actors and deals with sexual assault and victim blaming following an off-campus party and can be used for groups of students, staff, faculty, etc.

Enjoy your Weekend: The script has two actors and deals with sexual assault, victim blaming, and how faculty, staff, and students deal with reporting instances of sexual assault. This script works well for faculty/staff training.

Diversity in the Classroom: This script has five actors—four students and one professor. The setting is a classroom where a discussion about racial injustice spirals out of control. This script is great for faculty/graduate student training on how to deal with microaggressions, diversity, and communication in the classroom.

“I like to describe it as presenting an impossible puzzle to the audience which they are then invited to come and try to fix,” said Talia Gritzmacher, the assistant director for the Interactive Theatre Troupe at TWU. “What they find out, though, is it’s not about fixing — it’s about trying to learn as much as possible about a very complicated subject.”

Book us for your next event

We recommend performances last at least 75 minutes, with an audience of between 10-100 people.

To request a performance from the troupe, or to request information about consulting, please contact Dr. Noah Lelek at nlelek@twu.edu.

Hear from our audience

“It was very effective in giving realistic situations/points of view to what happens and what tactics would work as an outsider helping the situation.”

“After working at a number of colleges, this was perhaps the most powerful program I've seen.” 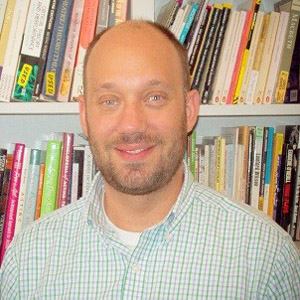 Dr. Noah Lelek received a Ph.D. in Theatre and Performance Studies from the University of Missouri in 2012, where he was the Assistant Director for the MU Interactive Theatre Troupe and a member of the prestigious Rollins Society.  He also received a B.S.Ed. in Speech and Theatre Education and an M.A. in Theatre, both from Missouri State University. After receiving his Ph.D., he worked briefly for a theatre company in Chicago creating original musicals with incarcerated youth. In 2015, Dr. Lelek was awarded the Diversity Award for Excellence from the Mississippi Board of Trustees and the Mid-Career Award for Artistic Scholarship, Teaching and Leadership from the National Communication Association. His research and creative interests include performance auto/ethnography, performative writing, devising, directing, lighting design, and theatre for social justice. He is the creator and Artistic Director of the TWU Interactive Theatre Troupe.

Download the results of our 2019 Pioneer Camp Survey (PDF)