The Texas Woman’s University System Board of Regents today approved naming features for a new nursing research center to be established at the university’s Dallas campus and for the existing division of social work at the Denton campus.

Texas Woman’s social work undergraduate Demetria Ober is studying abroad in Granada, Spain this year. As an individual who experiences blindness, she never imagined having the courage to leave her support system behind in order to fully immerse herself in a foreign language and culture.

“'As a young student, I learned early on that social work was a secular field and that people who have a strong faith background almost have to be prepared to tuck it in their pocket,' says Ratonia Runnels, an assistant professor of social work at Texas Woman’s University, who nonetheless studies how religion might be integrated into social work.

In 2011 Runnels published a study looking at how Black survivors of Hurricane Katrina used spirituality and religion to cope."

Texas Woman’s University students Ashley Elliot and Demetria Ober look forward to expanding their worldview thanks to their recently awarded U.S. Department of State Benjamin A. Gilman Scholarships. The scholarships will allow Elliot, an English major, to study abroad at Harlaxton College in England for the Spring 2022 semester and Ober, a social work major, to study abroad at Universidad de Granada in Spain for the 2021-2022 academic year.

According to the publisher's website, "Researching With" "is a guide for how to do research that is inclusive, engages in community-building, and implements a decolonizing framework. The text advocates for a collaborative approach, researching with communities, rather than conducting research on them. Reviewing both theory and method, Jessica Smartt Gullion and Abigail Tilton offer practical tips for forming community partnerships and building coalitions."

Jeffrey Keen, President and CEO of American Book Fest, said this year’s contest yielded over 2,000 entries from authors and publishers around the world, which were then narrowed down to the final results.

A Texas Woman’s University project called “WomxnEmpowerWomxn” was developed by students who collaborated with the Children’s Advocacy Center of Collin County to donate African American hair products and hijabs for Muslim girls.

This project initially started as an assignment in TWU’s Social Work Macro Practice Class by Daniela Castillo Vazquez, Daisy Guerrero, Jennifer Nuno, Alesia Ortiz and Jacqueline Valdez-Ortiz. The group was given a list of multiple organizations but chose the center to help the kids in need.

The original goal for the group was to raise $500, but the group surpassed their goal by raising $1050 along with other physical donations.

"Maslow’s theory of human needs states that before an individual can reach self-actualization, their human needs must be met first," writes Madison Hill, a current graduate student in the Joint Master of Social Work program at Texas Woman’s University, where she also serves as an AmeriCorps member for Communities in Schools of North Texas serving at-risk students.

Governor Greg Abbott has appointed TWU alumna Melva Henderson and three others to the State Independent Living Council for terms set to expire on October 24, 2023. The council develops the State Plan for Independent Living and serves as a resource to state and local organizations on Independent Living and related issues for persons with disabilities. Henderson is a prospect research associate at Envision Dallas. She received a Bachelor of Arts in Social Work from Texas Woman’s University and a Master of Arts in Social Work from Texas A&M University-Commerce.

If there is a gene for leadership and public service, it can be found in Sylvia Garcia’s DNA. The Texas Woman’s University social work graduate (BA '72) and current U.S. congresswoman representing Houston’s 29th District is no stranger to being in leadership posts and helping disadvantaged people.

As a first-term congresswoman, Garcia in 2020 became the first Hispanic – and one of three women – to ever be selected as an impeachment manager in a presidential impeachment trial.

The Council on Social Work Education (CSWE) has granted initial accreditation to a Joint Master of Social Work (JMSW) degree program offered by Texas Woman’s University and the University of North Texas through June 2024.

Hard work and dedication are the principles Kathryn L. McCartney lives by daily. McCartney, who has spent her entire career working around the early childhood community, has risen up the ranks to become the new chief executive officer of Head Start of Greater Dallas Inc., a nonprofit organization that serves 2,500 low-income preschool age children, infants and toddlers throughout 44 full-day Head Start and Early Head Start centers in Dallas County. McCartney earned her bachelor's degree in social work at TWU.

Denton County racial demographics mirror the national trend — with people of color disproportionately affected by COVID-19 in both positive cases and deaths.

“In terms of COVID more specifically, it’s really just a melting pot of contributing factors when we look at who has to work outside of the home, who lives in multigenerational or multifamily homes, who has the best access to care. … It’s pretty clear the level of susceptibility,” said Texas Woman’s University professor Ratonia Runnels, who has also researched health disparities.

Brandi Felderhoff, Ph.D., LCSW, a social work professor at Texas Woman’s University, said under the veil of the pandemic, traditional processes of grieving have changed. Felderhoff, who specializes in nursing home and end-of-life settings, said a lack of connection is a significant loss.

From not being able to say a proper goodbye to being unable to congregate in groups to console each other, “everything has changed,” Felderhoff noted.

Congratulations to the Class of 2019! 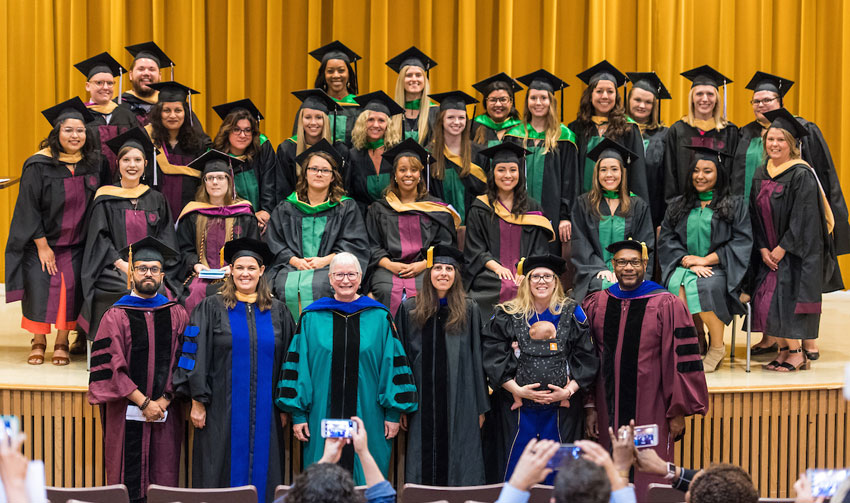 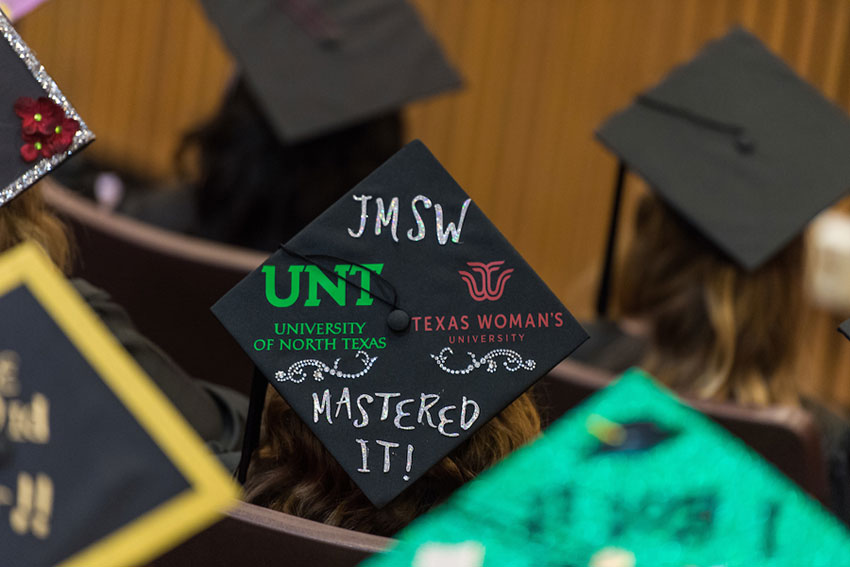