Each new academic year evokes a spirit of promise and excitement, and this fall is no different. Texas Woman’s kicked off the fall semester with a great deal of enthusiasm, but there was also a measure of apprehension caused by the ongoing pandemic. Classes began last week, and clearly, many of our students, faculty and staff were thrilled to interact with their peers for the first time since the pandemic forced the university to scale back instruction and activities in March 2020. There was an abundance of excitement in the air with student move-in, Fall Assembly, Block Party and the first day of classes happening all within a week’s time.

Our aim, as always, is to provide the safest environment possible, and it was heartening to see so many members of the university community masking up to protect their fellow Pioneers. This month, the university launched a “Community of Immunity” challenge that awards prizes such as scholarships, laptops, ear pods and parking passes to students and employees in an effort to boost vaccination rates. We believe these efforts will contribute to a safe, productive fall semester. 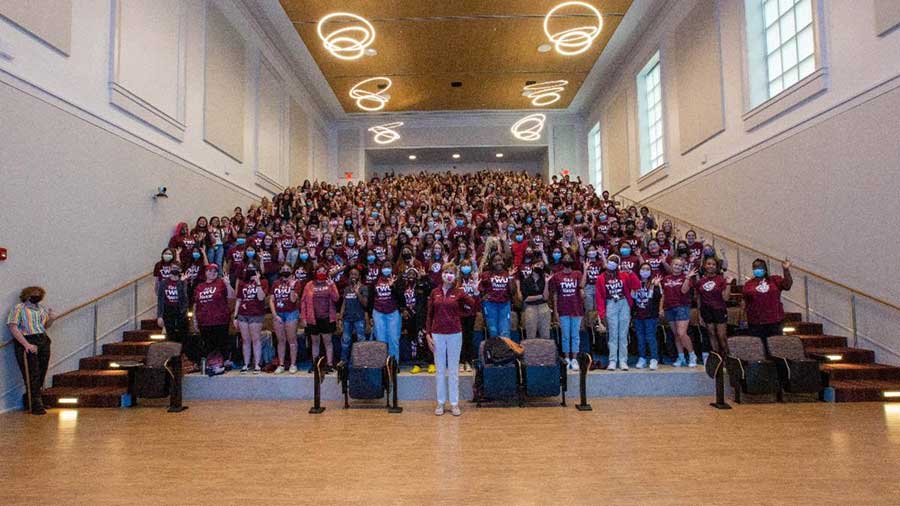 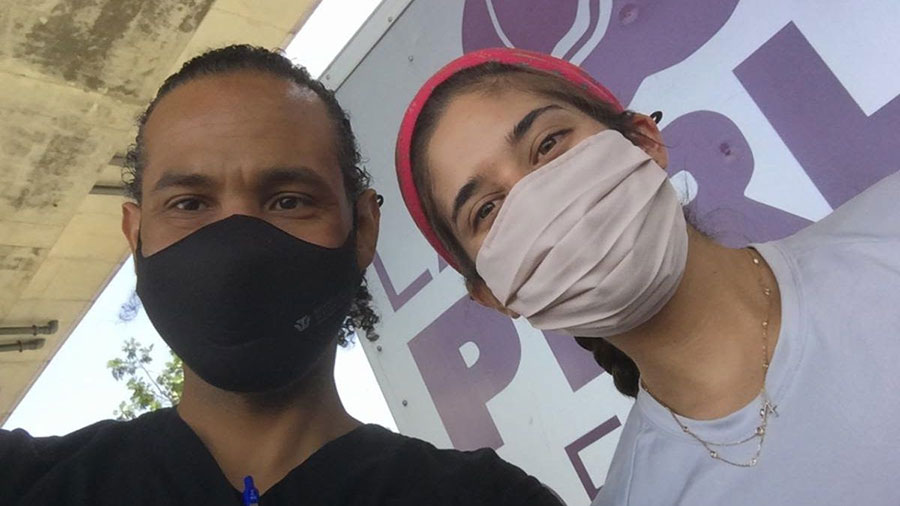 We are keenly aware of Texas Woman’s service impact to the community, even in areas far-flung. Perhaps at no other time has that been so important as it is now that we are in a pandemic and some social services have become scarce. This summer, students in the dental hygiene and bilingual speech-language pathology programs joined forces to provide free dental cleanings and speech screenings to preschoolers from the Ann Windle School for Young Children in Denton. Our Dallas physical therapy students provided evaluations and fitness assessments to patients at a rehabilitation center in Puerto Rico. We partnered with Girls Inc. of Metropolitan Dallas’ Eureka! Program to host a summer camp that stimulates interest in science, technology, engineering and math. And master’s students in our education of the deaf program took part in a camp to help build critical skills for K-6 deaf or hard of hearing students using the popular video game Minecraft. These activities are extraordinary opportunities to make an impact on vulnerable populations while at the same time providing a sound clinical experience for our students. 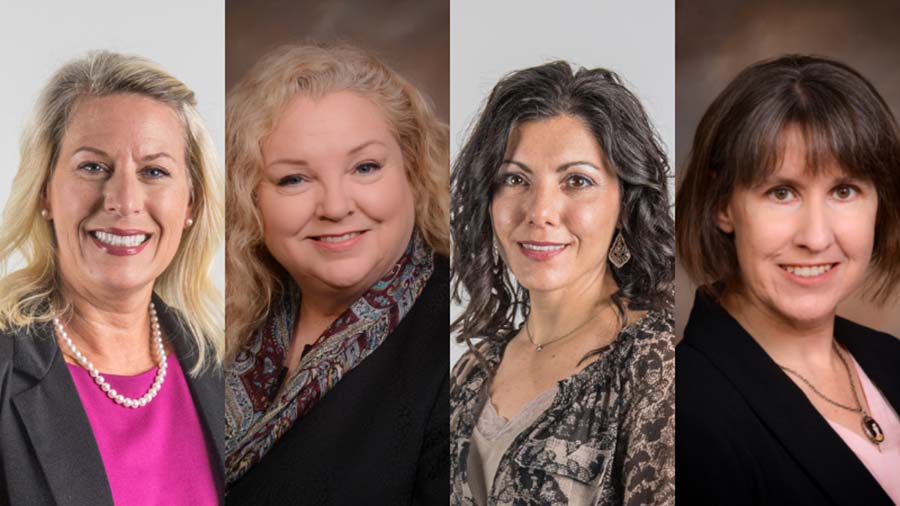 The National Science Foundation this summer awarded a $1.5 million grant to a team of Texas Woman's faculty members to fund a project aimed at boosting enrollment in graduate biotechnology programs and promoting career success in the biotechnology sector. The team, made up of Drs. Juliet Spencer, Diana Elrod, Stephanie Pierce and Jessica Gullion, is launching TWU-SCALE, or Scholarships and Co-curricular Activities Leading to Excellence in the Biotechnology workforce. In addition to graduate scholarships, students in the Professional Science Master’s in Biotechnology Program will receive leadership training and career guidance. Since 2019, the National Science Foundation has awarded $4.9 million to three TWU projects promoting engagement, retention and graduation in STEM disciplines. 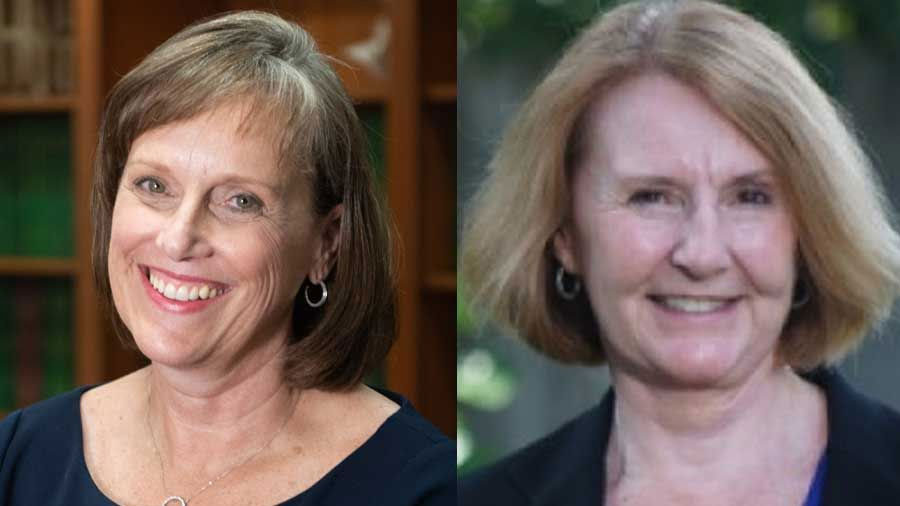 I am thrilled to announce that two of our College of Nursing leaders, Donna Scott Tilley, Ph.D., and Wyona Freysteinson, Ph.D., will be inducted in October as Fellows of the American Academy of Nursing. It is a high honor to be a member of the academy, which celebrates the nursing profession’s most accomplished leaders in policy, research, practice, administration and academia. The induction ceremony will take place during the academy’s Health Policy Conference in Washington, D.C. The academy has more than 2,800 fellows from 40 countries, and I am proud to note Tilley and Freysteinson will join four other current academy fellows with TWU connections: College of Nursing Dean Rosalie Mainous, Ph.D, and Sandra Cesario, Ph.D., as well as recently retired faculty members Linda Roussel, Ph.D., and Joan Edwards, Ph.D., professor of nursing emerita. 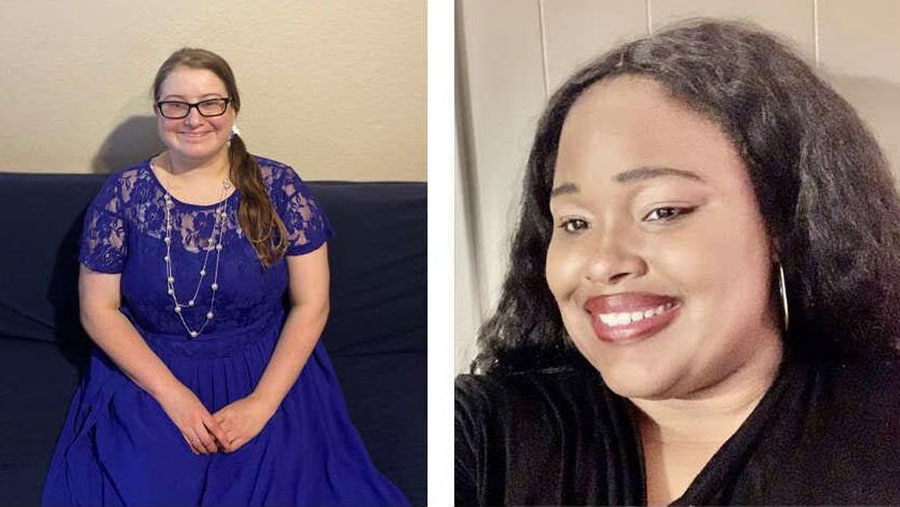 I am equally pleased to report that this summer two Texas Woman’s students were awarded prestigious Benjamin A. Gilman scholarships for their upcoming study abroad experiences. Demetria Ober, a social work major, will study at Universidad de Granada in Spain next spring and Ashley Elliot, an English major, will study at Harlaxton College in England for the 2021-2022 academic year. It is interesting to note that nine Texas Woman’s students have won Gilman scholarships since 2016. In some years, TWU has had multiple recipients. The scholarships were awarded through a U.S. State Department program aimed at giving students with limited financial means opportunities to study abroad. It is especially gratifying that TWU students win so many of these awards, considering the fact that we have such a small number of applicants who apply. 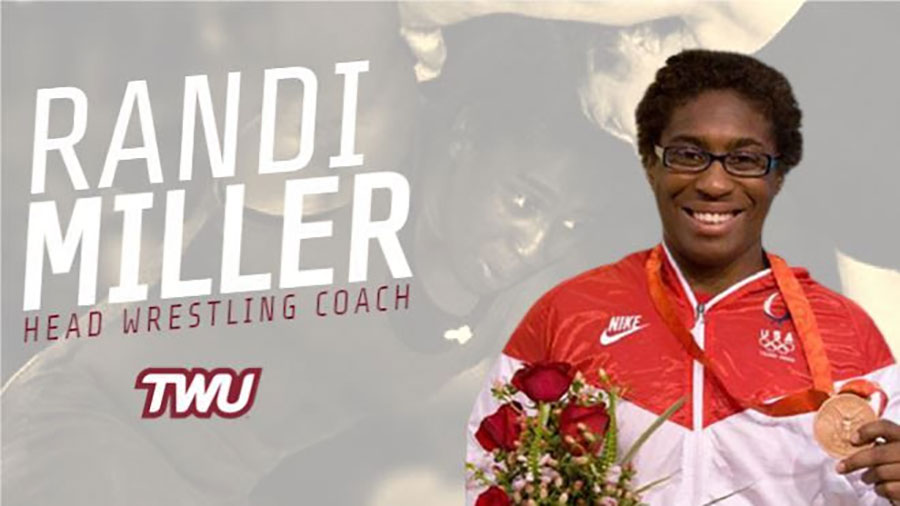 Some of you may recall that Texas Woman’s in April announced it would be adding intercollegiate women’s wrestling to its lineup of competitive athletic programs in fall 2022. This month, we hired Olympic medalist Randi Miller as the program’s inaugural coach. Miller, who competed in the 2008 Beijing games and won a bronze medal in wrestling, is a true pioneer in the sport. A native of Arlington, Miller became the first Texan as well as the first Black woman to earn an Olympic medal in women’s wrestling. Moreover, Miller has demonstrated success as a wrestler and as a coach, having served as an assistant coach at Missouri Baptist, MacMurray College and Limestone College as well as on the 2021 Team USA Cadet World Team in Budapest, Hungary. I am certain she will bring high energy to her new role in building a nationally competitive team.

In closing, I wanted to share a photo of one of our extraordinary incoming students, 13-year-old Hana Taylor Schlitz, who is following in her sister Haley’s footsteps as a promising young student at TWU.

As the academic year progresses, I promise to keep you informed of our activities, accomplishments and the important work we do to keep our society thriving. 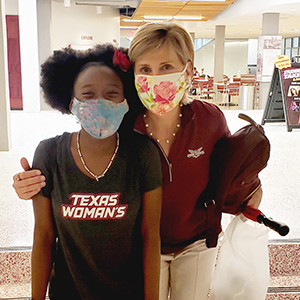 Thanks for your interest in Texas Woman’s. As always, email me with your comments or questions. I am delighted that you have spent a few minutes with me today.

Texas Woman’s is the nation’s largest university primarily for women.