The Terry Foundation is a Houston-based organization founded to provide scholarships to outstanding Texas high school graduates and transfer students for attendance at public universities within the state. Established in 1986 by Houston philanthropists Howard and Nancy Terry, the Foundation has assisted hundreds of Terry Scholars in meeting the Founders' goal of helping young people to help themselves. Texas Woman’s University enrolled its first Terry Scholars in fall 2013.

The award amount is determined annually based on the cost of attendance at TWU, including tuition, fees, books, on-campus housing, meal plan and personal expenses. The actual amount of the award will vary for each scholar, depending on other scholarship awards and the ability of the scholar's family to contribute to the cost of college.

Terry Transfer scholarship awards are determined by the Terry Foundation. The scholarship amounts to 65 percent of the total cost of attendance. Awards are renewable for up to three years and can be adjusted annually. The 2019-2020 award is $14,000. 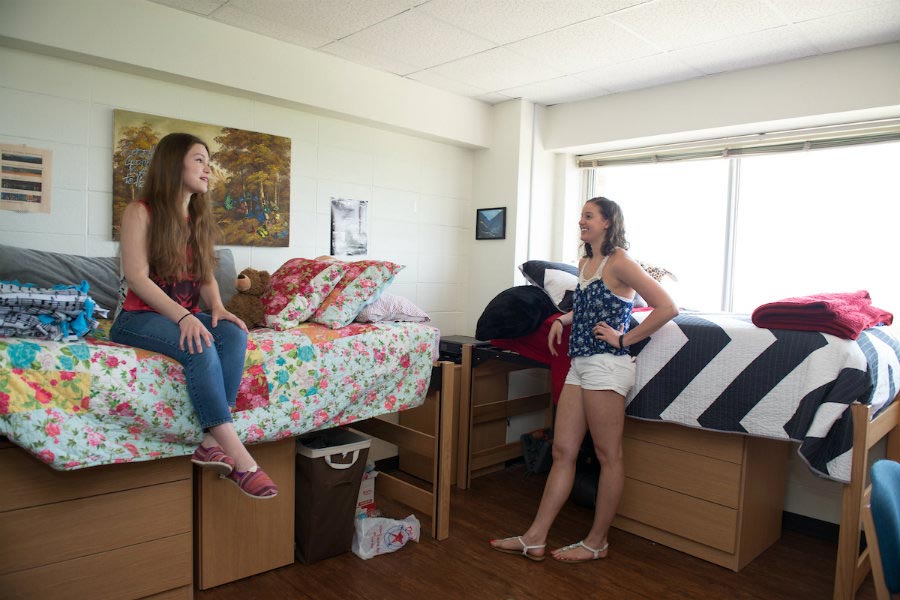 Terry Traditional Scholars are required to live on campus during the first year in Guinn Hall. Living together helps create a strong community and Terry Scholars form lasting friendships during their time in the residence hall. Many choose to continue to live with other Terry Scholars on campus after their first year.

On-campus housing applications and deposits are required prior to award of scholarship.

Terry Transfer Scholars are not required to live on campus but may choose to do so, and family housing is available. Students may also search off-campus housing options using the Texas Woman’s University Off-campus housing service.