Women around the world have been involved in flight since the 18th century. By 1910 women were earning their pilot's licenses and began to fly solo. In the 1920s pop culture was changing the public's perception of women pilots through barnstorming and acrobatics. The Women Airforce Service Pilots became the first women to fly military aircraft to release men for combat missions overseas in 1942.

Today women are represented in all branches of the military and continue to rise in rank. Women occupy a variety of jobs in aviation including air traffic controllers, mechanics, parachute riggers, dispatchers, flight engineers, and instructors.

The Woman's Collection is the official archive of the WASP, Women Military Aviators, Whirly-Girls, the International Society of Women Airline Pilots, Association of Women in Aviation Maintenance, and Air Race Classic. 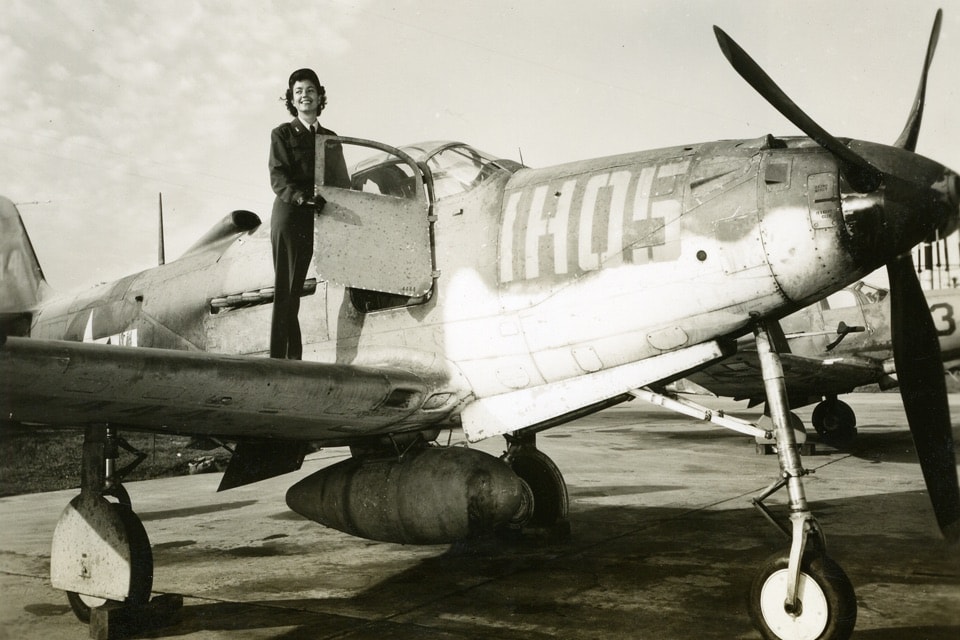 WASP "Skipper" preparing to get into a P-39.