Texas Women's Hall of Fame
In this section

About the Texas Women’s Hall of Fame

Created in 1984 by the Texas Governor's Commission for Women, the Texas Women’s Hall of Fame recognizes women who have attained significant achievements in areas such as the arts, community service, education, leadership, health, science and business. Inductees include former First Ladies, astronauts, entrepreneurs and olympic athletes. The Texas Women’s Hall of Fame ensures the achievements and contributions of women from across Texas are written into the state’s legacy.

Texas Woman’s University was selected to house the permanent exhibit saluting these women. Since its founding more than a century ago, Texas Woman’s has become known for its contributions and leadership in the fields of education, nutrition, the arts, sciences, and especially in the nursing and health care professions. TWU holds a unique position in the Lone Star State and the nation today as America’s largest public university primarily for women.

Every other year, the Texas Women’s Hall of Fame awards ceremony recognizes the achievements of women selected for induction. Texas residents submit nominations, and a bipartisan, independent panel of judges chooses who will be inducted from these candidates. 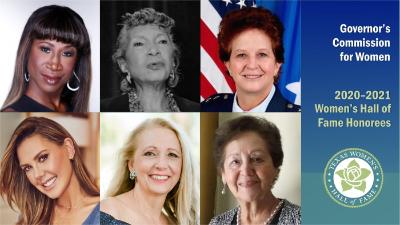