Women on the Rise: Reflections on the 2018 Election

Free and open to the public

Sponsored by the Department of History and Political Science

This annual lecture is made possible by the Alonzo and Elisabeth Jamison Lectureship Endowment, which assists the TWU Department of History and Political Science in bringing nationally or internationally recognized scholars or civic leaders to the University for a public lecture. The late Alonzo Jamison represented Denton County in the Texas House of Representatives for 14 years, then served on the TWU faculty and as Chair of the Department of History and Government. His wife of 62 years, Elisabeth, was a TWU alumna who also taught at the University.

U.S. Congresswomen Sylvia Garcia and Kay Granger will speak at Texas Woman’s University’s fourth annual Jamison Lecture, beginning at 7 p.m., March 21 on the university’s Denton campus. The lecture, titled “Women on the Rise: Reflections on the 2018 Election,” will take place in Margo Jones Performance Hall on Pioneer Circle. The lecture is free and open to the public. 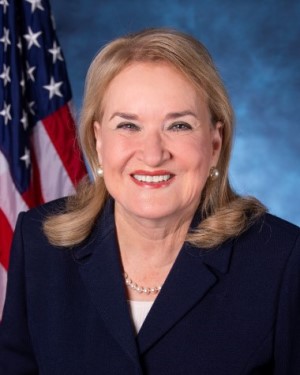 Sylvia R. Garcia was elected to the U.S. House of Representatives in November 2018, becoming the first Latina ever to represent Texas 29th Congressional district.

Garcia is a native of Palito Blanco, a South Texas farming community. She earned a scholarship to Texas Woman's University in Denton, where she graduated with a degree in social work and political science. Garcia then received her Doctor of Jurisprudence from Thurgood Marshall School of Law at Texas Southern University in Houston, working several jobs to pay for her tuition.

Garcia served as Director and Presiding Judge of the Houston Municipal System for an unprecedented five terms under two mayors. In 1998, she was elected City Controller, the second highest elected official in Houston city government and its chief financial officer.

After two terms as Controller, Garcia was elected to the Harris County Commissioner's Court. The first Hispanic and first woman to be elected in her own right to the office.

She was then sworn in to the Texas State Senate on March 11, 2013, representing Senate District 6. She became the seventh woman and the third Hispanic woman to serve in the upper chambers after winning a special runoff election for the seat of the late Senator Mario Gallegos. 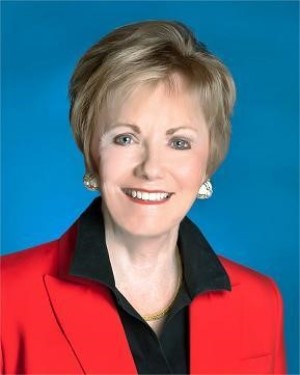 Representative Kay Granger serves the 12th congressional district of Texas. She was elected to her 12th term in 2018 by an overwhelming margin, and has been recognized by CQ’s Roll Call as one of the 25 Most Influential Women in Congress.

Born in Greenville, Texas and raised in Fort Worth, Granger never intended to become involved in politics. Majoring in education, she graduated from Texas Wesleyan University and became a high school journalism and English teacher. In 1978, she opened and successfully operated her own insurance agency before becoming involved in the political process because of some local issues impacting her community.

Granger’s public service began as a member of the Fort Worth Zoning Commission, and she was then elected as the first female Mayor of Fort Worth in 1991.

The first and only Republican woman to represent Texas in the U.S. House of Representatives, Granger was chosen by her colleagues to serve as Ranking Member of the House Appropriations Committee in the 116th Congress.

Before becoming Ranking Member, Granger served as Chairwoman of the powerful Defense Appropriations Subcommittee, which handles over 50 percent of all Appropriations Committee funding.

She also served as Chairwoman of the State and Foreign Operations Subcommittee.

Granger has been recognized for her humanitarian efforts, being named the U.S. Agency for International Development’s 2014 Champion in the Global Fight Against Tuberculosis and receiving Malaria No More’s Malaria Vision Award in 2015.

Her work to end the poaching of black rhinos and elephants in the wild led the World Wildlife Fund to award her the title of Conservation Champion. For her efforts, she was honored as a Conservation Hero by Conservation International in 2014.

In recognition of her achievements, Representative Granger was elected to the Texas Women’s Hall of Fame and the Fort Worth Business Hall of Fame. 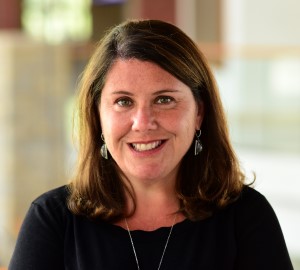 Dr. Jennifer Lawless is the Commonwealth Professor of Politics at the University of Virginia. Prior to joining the UVA faculty in 2018, she was Professor of Government and Director of the Women & Politics Institute at American University. Dr. Lawless is author or co-author of six books including Women on the Run: Gender, Media, and Political Campaigns in a Polarized Era (with Danny Hayes), and It Still Takes a Candidate: Why Women Don’t Run for Office (with Richard L. Fox). Associate Editor of the American Journal of Political Science, Lawless also holds an appointment as a non-resident senior fellow at the Brookings Institution. She earned her M.A. and Ph.D. in political science from Stanford. Lawless sought the Democratic nomination for the U.S. House of Representatives in Rhode Island’s second congressional district in 2006, adding personal experience to her expertise on politics.