In September 1937, Professor Heinrich Focke, inventor of the first practical design for a maneuverable helicopter, invited German aviatrix Hanna Reitsch to test fly the Focke Achgelis or FW 61. She became the first woman to fly a helicopter. "Although she had not dared to suggest it, Hanna accepted with alacrity when she was [offered the opportunity to fly the helicopter]..." (Flying for the Fatherland: The Century's Greatest Pilot, Judy Lomax). 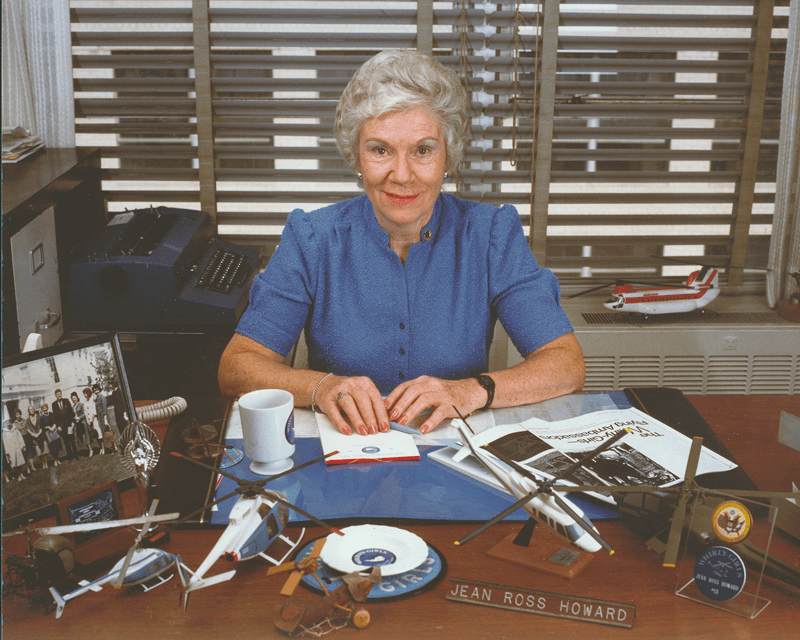 Almost twenty years after Reitsch's first flight, Washington D.C., pilot Jean Ross Howard-Phelan (WG#13) founded the Whirly-Girls, an international organization of women helicopter pilots in hopes of developing an organization where female pilots could share information and camaraderie. In 1955, she invited twelve women from France, Germany and the United States, who were pioneers in helicopter aviation to become charter members of the Whirly-Girls. Upon joining, each pilot receives a lifetime membership number according to when she received a helicopter rating. As founder and first president of the organization, Jean encouraged the establishment of hospital heliports and the use of helicopters in emergency medical service.