The Whirly-Girls charter members include 13 historical and revolutionary women in the field of helicopter aviation. The Woman’s Collection houses comprehensive collections on the following women:

WG#1 Hanna Reitsch was the first woman  in the world to fly a helicopter. In 1938, she flew the world’s first successful helicopter, an FW-61 Focke-Achegelis,   inside the Deutschlandhalle (auditorium) in Berlin, Germany. She was a world record holder for sustained flight and altitude in gliders, flew horizontal bombers, dive-bombers, fighter planes, and an ME 163 rocket plane. She was the only person, male or female to ever successfully fly the V-1 rocket. 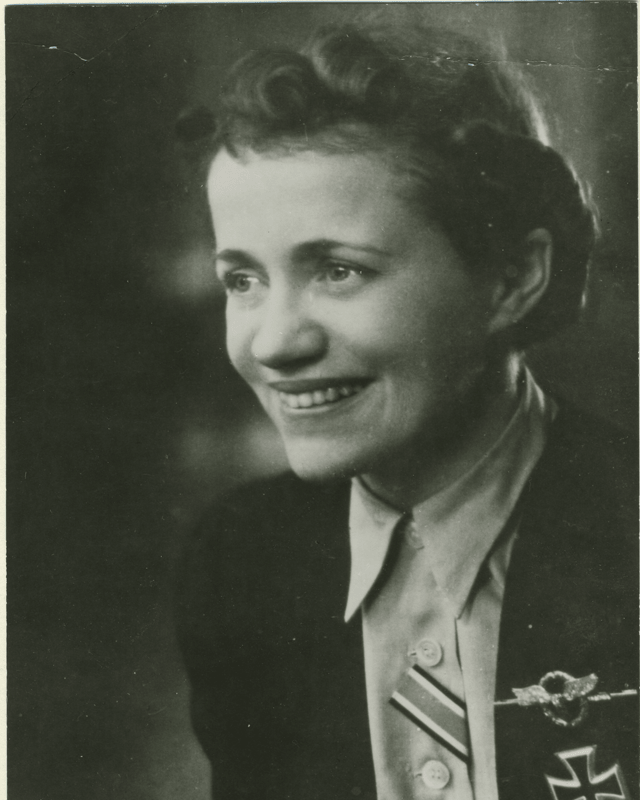 Nancy earned her helicopter rating in 1947. Previously she had flown with the British Air Transport Auxiliary during World War II. Nancy’s passion for flight continues today. 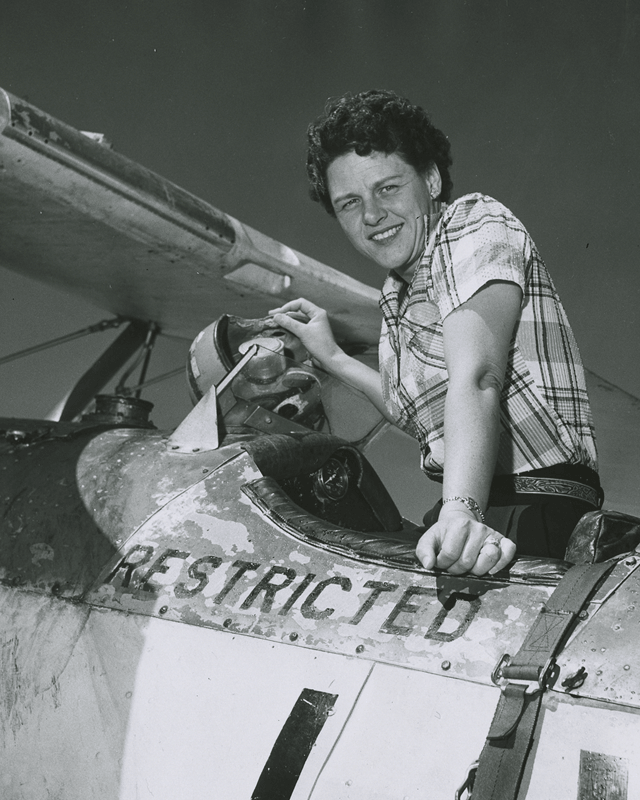 WG#5 Marilyn “Lyn” Grover Heard Alexander began flying during World War II with hopes of joining the Women’s Airforce Service Pilots (WASP), but was considered by the U.S. military to be too young and too late. She was one of the first women pilots in the air cargo industry and often had to fight to gain entry into the cargo field. She flew for many short-lived airlines. She was the first woman trained at the Bell Helicopter factory.

WG#10 Edna Gardner Whyte was a pioneer racer, a  flight instructor, and an aviation entrepreneur. She made her first solo flight and got her pilot's license in 1928. At a checkride in 1931 the government inspector told her he had never licensed a woman and didn’t want to start. When she was denied the chance to fly for the military, she became an instructor and taught military pilots. When she was refused employment by the commercial airlines, she trained hundreds of students. In her late sixties, she planned to start an airport in Texas but was denied a bank loan. Undeterred, she borrowed money from friends and blazed a runway across a cotton field. She received numerous aviation awards including the Charles Lindberg Lifetime Achievement Award. In 1984, she was inducted into the Oklahoma Aviation and Space Hall of Fame for her lifetime contributions to aviation. 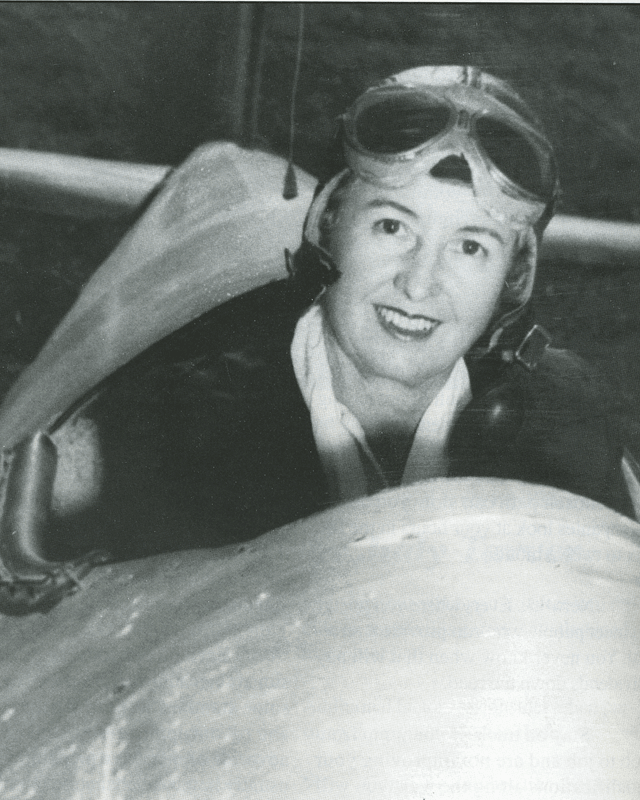 WG#13 Jean Ross Howard Phelan – Obtained a private pilot license under the civilian pilot training program at George Washington University in 1941, and obtained her helicopter pilot rating at Bell Helicopter School in Fort Worth, Texas, in June 1951. Jean became the eighth  American woman, and the thirteenth woman in the world, to receive her helicopter pilot rating. In 1943 she received an application for enrollment as an officer candidate in the WAVES, the United States Naval Reserve (Women’s Reserve) from Lt. Comdr. Gerald C. Gross. During World War II Jean served with the American Red Cross as program director of the Air Force Rest Camp on the Isle of Capri. In 1943, prior to her wartime service, she served as a student-trainee with the Women’s Airforce Service Pilots (WASP), and from 1941 to 1943 she was employed as pilot-secretary to the combined office of Aeronca Aircraft Corp., Piper Aircraft Corp., and Taylorcraft Aviation, Inc., in Washington. In 1949 she was appointed First Lieutenant with the Civil Air Patrol.  She participated in two transcontinental air races and in one international air race. In 1952 she was appointed an Arthur Godfrey Air Fellow which entitled her to thirty-five hours of flying instruction from Ashburn Flying Service at the Alexandria Airport in Alexandria, Virginia. She also became a lifetime member of the Flying Turtle Club after completing the Transcontinental Course from Santa Ana, California, to Wheeling, West Virginia, in the All-Woman Transcontinental Air Race of 1952. In 1953 James H. Doolittle, chairman of the National Committee to Observe the 50th Anniversary of Powered Flight commended Jean Ross Howard for distinguished service to aviation during the Golden Jubilee Celebration of Orville and Wilbur Wright’s first heavier-than-air controlled  powered flight. She founded the Whirly-Girls in 1955, and encouraged women from all over the world to become helicopter pilots and supported their love of flying throughout her entire life. 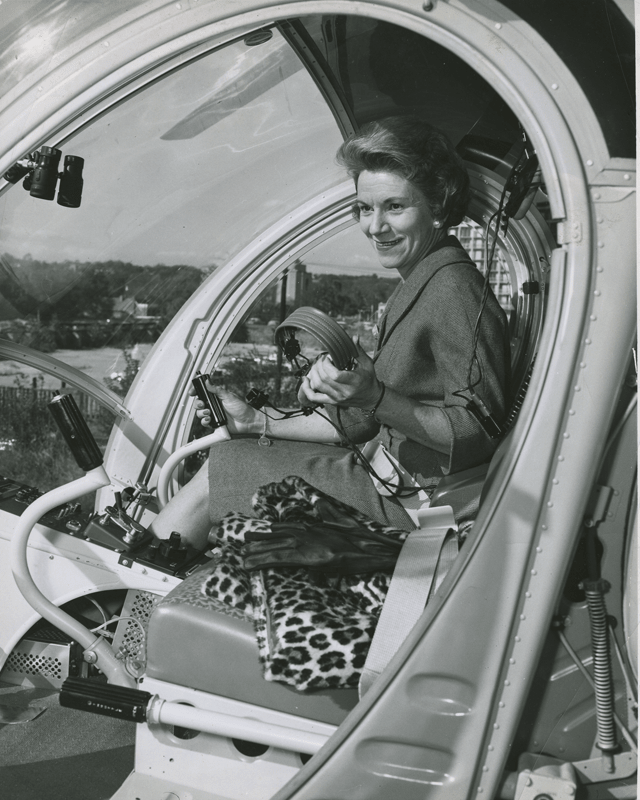