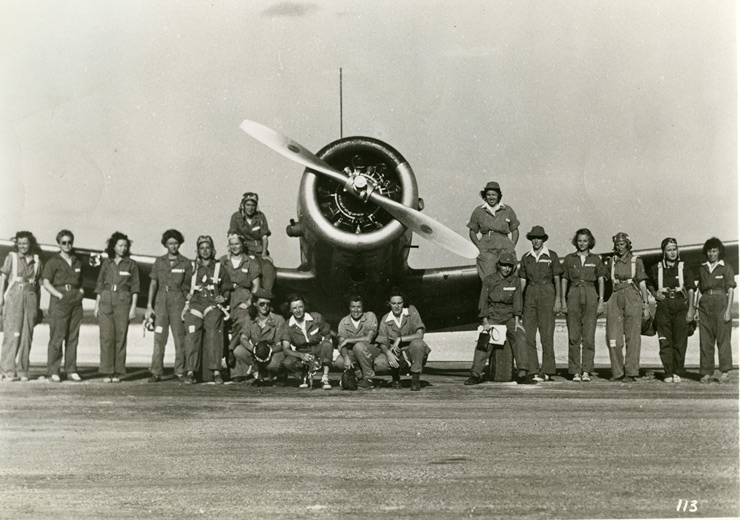 The Women Military Aviators originated from the Order of Fifinella, an organization founded by the WASP before their disbandment in 1944. The organization’s purpose was to assist WASP in locating flying jobs after the program’s end and to “keep in touch”. At various meetings and reunions, many WASP indicated a desire for an organization to include military women pilots from all the service branches.

In March 1978, a small group of WASP formed and incorporated the Women’s Military Pilots Association (WMPA), Inc. in Massachusetts with the idea of creating an organization to include the new women military pilots.

The second group of women military pilots who founded the Women Military Aviators, Inc. in the beginning was completely separate from WMPA and the WASP. This group was organized by Captain Barbara Brumme in 1981 and consisted of 70 Air Force women pilots and navigators who had interest in a rated women’s organization.

In October 1982, after meetings between WASP and Captains Barbara Brumme, Jane Oehme, and Karen Daneu, 86 active duty women pilots and navigators and 126 WASP became the first charter members of WMPA.

An election was held on Dec. 7, 1982, and the first active duty elected officers were: