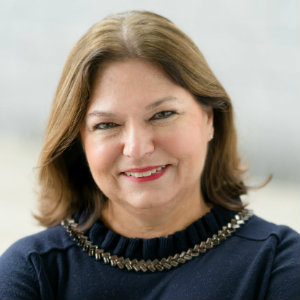 This fall, Nancy Bocskor, director of the Texas Woman’s University Center for Women in Politics & Public Policy, will serve as a fellow for the for the Lawrence, Kansas-based Robert J. Dole Institute of Politics, leading a group series called “Create Change: Women, Democracy and Global Politics.”

Bocskor designed this series to educate students and community members about how to become effective advocates. Guest speakers include top democratic activists from the George W. Bush Presidential Institute, the Free Russia Foundation and USAID. These experts worked in Russia, Iran, Afghanistan, across the Middle East and Africa and other political hotspots where women put their lives on the line to secure basic rights.

“I’m delighted to share the work of Texas Woman’s University’s new Center for Women in Politics & Public Policy with University of Kansas students and the Lawrence community,” said Bocskor. “It’s an honor to be the first person from TWU who’s been chosen for this prestigious fellowship at the Dole Institute. I look forward to sharing the stories of how brave women (and men) have achieved success in public service globally—and what Americans can do to affect change in their own communities.”

“It’s a privilege to help continue the Dole family’s commitment to public service as a fellow this fall,” she said.

Bocskor has worked in 28 countries across six continents, teaching advocacy, fundraising and storytelling to democratic activists, at the invitation of NGOs, universities, the U.S. State Department and embassies. In 2016, she was selected by the Washington Academy of Political Arts & Sciences as one of the “Top 12 Women Changing the Face of Political Communications in Latin America.” She is the author of “Go Fish: How to Catch (and Keep) Contributors: A Practical Guide to Fundraising,” and serves on the boards of Running Start, Veterans Campaign Workshop and PLEN (Public Leadership Education Network).

About the TWU Center for Women in Politics & Public Policy

About the Dole Institute

The Dole Institute, located at the University of Kansas, is dedicated to promoting political and civic participation as well as civil discourse in a bipartisan, philosophically balanced manner. Through its public programming, congressional archive and museum, the Dole Institute strives to celebrate public service and the legacies of U.S. Senators Bob Dole and Elizabeth Dole. The Dole Fellowship Program builds a greater appreciation for civic and political involvement through a series of discussion group sessions each semester.