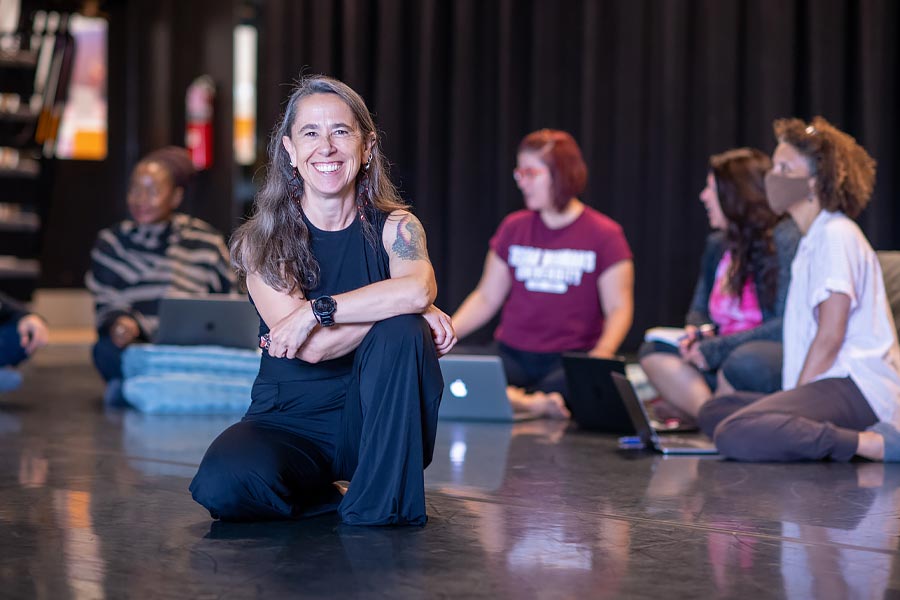 June 27, 2022 – DENTON – In 1958, two women started something that would evolve into an institution in American dance.

Now in its 65th year, Texas Woman's University's PhD in dance program is the longest running in the United States, and has produced 117 graduates.

"We have such a long history with dance," associate professor of dance Rosemary Candelario said. "Who we attract are esteemed professors, they have dance companies, they are performers, they have established careers. They're folks who can't take time off their career to get a PhD. Our program is designed for people who are already in the field."

Those first two dance PhD candidates – Josefina Margarita Garcia and Mary Beth Mead Holm – earned their doctoral degrees in a tumultuous period at TWU. The school had only begun offering doctoral degrees in any field in 1953, and it was just one year after the school changed its name from Texas State College for Women.

But some things haven't changed. The diversity that marks the university and the dance program was evident even in those dissertations from 1958. Garcia's dissertation was titled Rondo Sureno: A Suite Of Original Ethnologic Dance Compositions Based Upon The Folk Music And Folk Dances Of Seven Latin American Countries, and Holm's was The Development Of Four Dance Compositions Suitable For Presentation In Stadiums and Filmed As Audio-Visual Aids.

Garcia was involved with Jacob's Pillow Dance Festival in the 1950s as performer and teacher. Born in Mexico, she began studying dance in kindergarten, traveled throughout Mexico and the United States studying dance and researched Latin American folklore and dances in La Academia de la Danza in Mexico City. Regarded as a cultural ambassador by the Mexican government, her career took her to South America and various stops in the United States, including TWU, where she was a graduate assistant teaching courses in dance and Labanotation (a system of analyzing and recording of human movement).

Like Garcia and so many TWU dance PhDs, Holm was also a teacher. Holm, who died in 2010 at age 84, had a long career in Texas high schools and colleges, including as women's athletic director and department head for health, physical education, recreation and dance at Lamar University.

Counted among TWU dance PhD alumni are several collegiate deans of dance, like Julia Ritter at the University of Southern California. Among current TWU doctoral candidates is Andrea Woods Valdés, who is chair of dance and associate professor at Duke University.

"People are taking what they learn here and infusing it right back into the classroom and communities," Candelario said. "It feels like a real connection between the generations."

What has changed is the makeup of TWU's dance doctoral candidates. In 2006, the program went to a low-residency format, allowing students already deeply involved in their careers to pursue a PhD without taking time off from their work.

"We're one of five PhDs in dance in the country, and the others are all more traditional PhD programs," Candelario said. "Our students tend to be older and have a lot of experience choreographically and pedagogically. Our students are contributing at so many levels.

"It sometimes means we have to do different curriculum because our students have so much life experience. Maybe a little more theoretical, really emphasize publication. We've been helping folks who contribute in so many ways."