Throughout college at Texas Woman's University and the University of North Texas, Lindsey Smith dedicated herself to her studies, getting ahead of the game with internships in production engineering, aviation, locomotives, and even a project with NASA, where she secured funding for her student team to work on a carbon-fiber rocket to be launched at the NASA Marshall Space Flight Center in Huntsville, Alabama.

Smith earned her dual degree in mathematics and engineering from TWU/UNT and now works on manufacturing engineering teams at Cummins. Her next step is a six-month leave to attend military officer school with the National Guard at Fort Jackson, South Carolina. But after that, she'll be right back at Cummins in a new engineering role.

Dual degree program alumna Lindsey Smith does it all 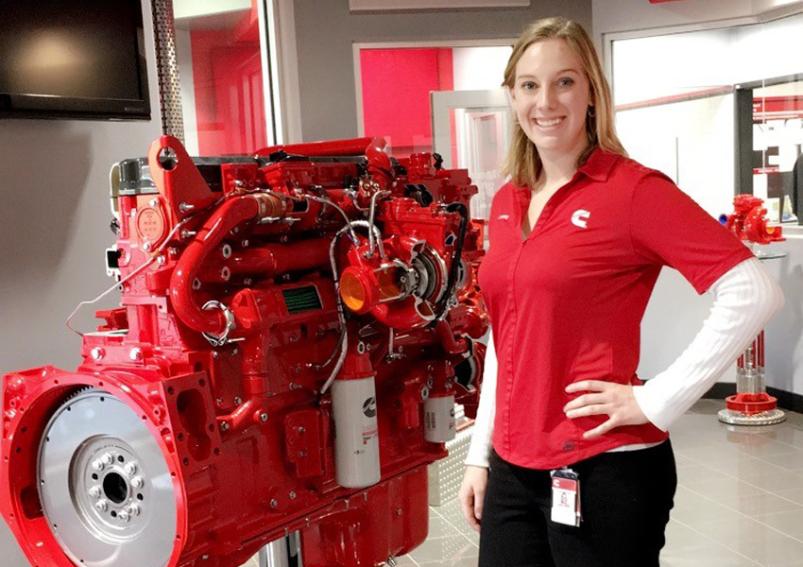 A self-defined overachiever, Lindsey Smith graduated high school at only 17, and decided to pursue two degrees – one in mechanical and energy engineering at the University of North Texas and another in mathematics at Texas Woman’s University through the dual-degree program. Now, in a rotational leadership role as a manufacturing development program engineer at Cummins Inc., Smith is tackling her career with the same tenacity she had during college. Full story >>

Emma Zemler graduated in May 2014 with two TWU degrees – one in mathematics and one in computer sciences. Through the cooperative degree program with the University of North Texas, she also received a degree in electrical engineering from UNT. She maintained a 4.0 grade point average in all programs. She was a four-time presenter at the TWU Research Symposium, a member of the TWU Honors Scholar program, a member of many honor societies and recipient of numerous scholarships. Zemler has held various internships, co-operative work positions and full-time employment with the NASA Johnson Space Center. She began her professional career at NASA in 2014. Learn more about Emma Zemler's Aerospace Scholar internship with NASA >>