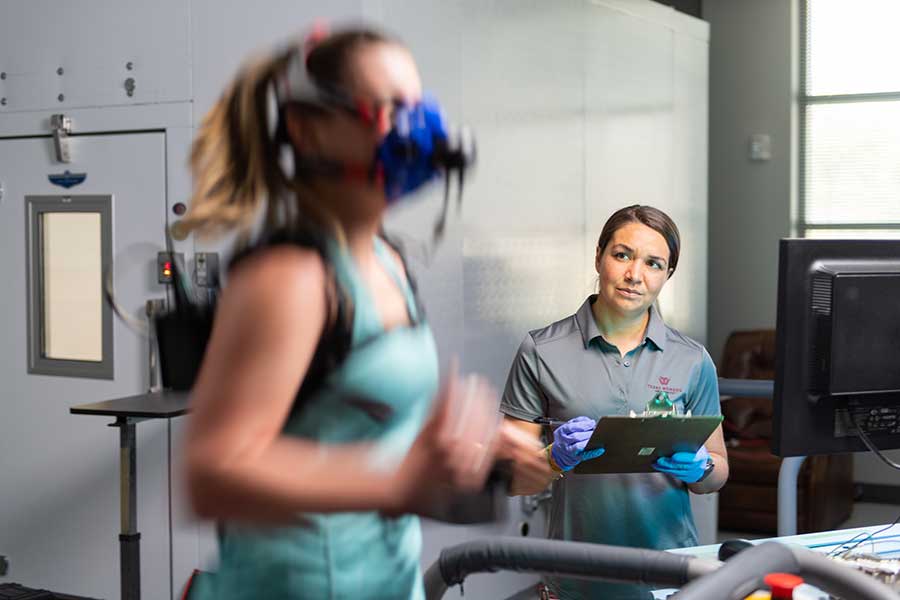 After completing a rigorous, endurance race high in the Rocky Mountains, you can now add 100-mile ultramarathoner to that list.

Gonzales-Vogel completed the historic ultramarathon Leadville Trail 100 Run on Aug. 21. She was one of 707 endurance athletes to start the race, which winds through the Rockies in and around the former mining town of Leadville, Colo. Gonzales-Vogel was among the 368 finishers that completed the race under the time limit of 30 hours. An ultramarathon is any running race longer than a marathon (26.2 miles).

But she did more than finish. In her first 100-mile race, Gonzales-Vogel won her age group with a time of 23:21:33, finishing fourth out of 69 female runners and 44th overall. Additionally, she finished 21st out of the 242 racers that were competing in the Leadville 100 for the first time.

It wasn’t her first time in the mountains or in an extreme environment. She has climbed the peaks of the tallest mountains on all seven continents (often referred to as the Seven Summits), including a two-week rapid ascent of Mt. Everest, which included travel time to and from her home in California. Gonzales-Vogel often uses trail running as a way to train for her climbing expeditions.

Although she was a first-time runner at Leadville, Gonzales-Vogel is very familiar with the town and the “Race Across the Sky” as it is billed, which reaches over 12,000 feet in elevation.

“Leadville is a special race because it is one of the oldest and most well recognized 100-milers,” she said. “I have been supporting athletes at the race for over five years. I know the course and I stayed in the town many times. It feels special to me because I have been able to support so many athletes over the years.” 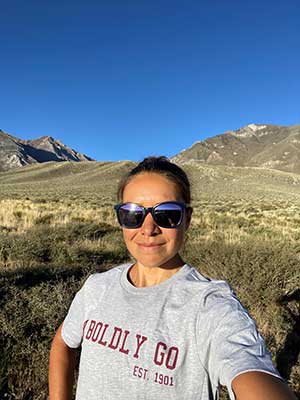 Supporting athletes through nutrition fuels Gonzales-Vogel in her daily life. Since earning her master’s degree in exercise and sports nutrition from Texas Woman’s in 2017, she has been developing products for athletes as a nutrition and performance research manager at GU Energy Labs in California.

During the Leadville race, Gonzales-Vogel used many of the sports nutrition products she helped develop to boost her energy during the grueling ultra run. As day turned to night, and she climbed past the 65-mile marker – the longest she had ever run in a race – she turned to a trusted treat for an energy boost: chocolate-covered espresso beans. It’s a go-to nutrition source she learned about during her earlier days of mountaineering.

Another lift came with the arrival of her pacers, who can run with competitors starting at mile 62. Her friend, Peter, joined her for 30 miles, offering encouragement and jokes followed by her boss and mentor, Magdalena Boulet, who ran the final miles with her. As she crossed the finish line in the darkness after running for 23 straight hours through rugged terrain, she was greeted by other members of Team Roxy; friends and colleagues from GU.

“Being my first 100-miler, this one is really special,” Gonzales-Vogel said. “The other thing that makes it really memorable is just the people who were there with me: my closest friends from the Bay area and all my co-workers. It was really special because they got to share it with me.”

Soon, Gonzales-Vogel will head out to the Sierra Nevada mountain range right outside her backyard and train for her next adventure: the inaugural Snowman Race in Bhutan in October.  She was selected as one of 30 extreme athletes to compete in the high-altitude ultramarathon that will span five days and cover more than 100 miles.

“You can do hard things, and you can surprise yourself. It’s just a matter of breaking things down into smaller achievable goals.” 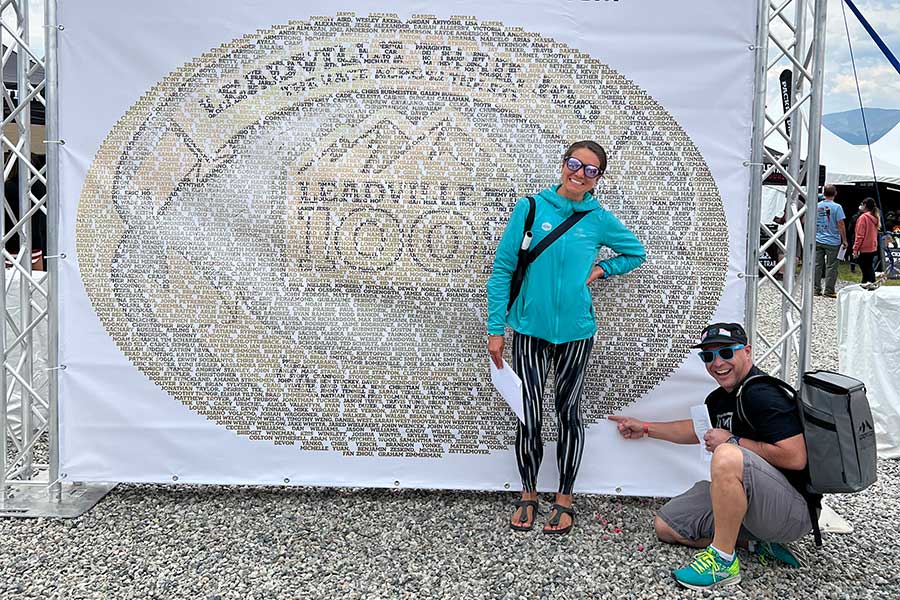 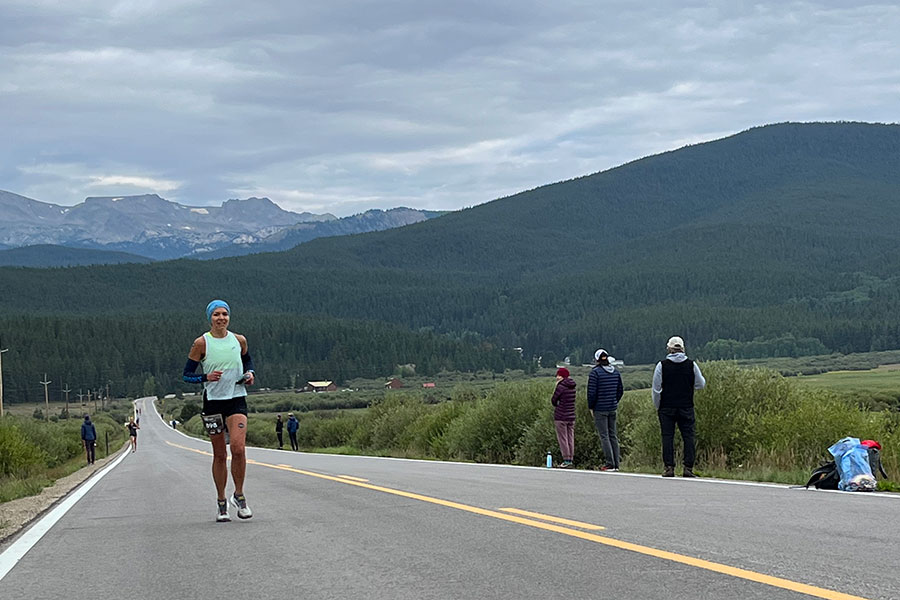 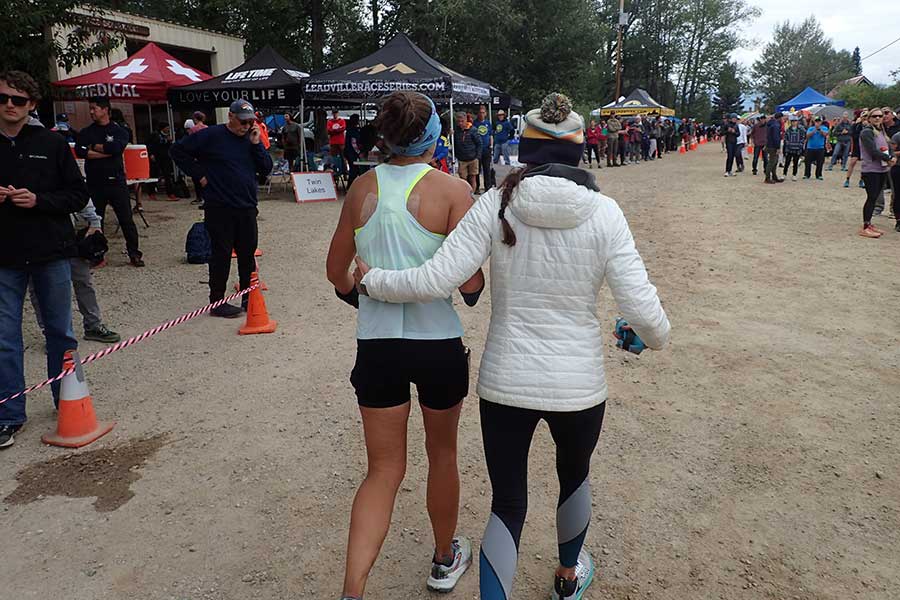 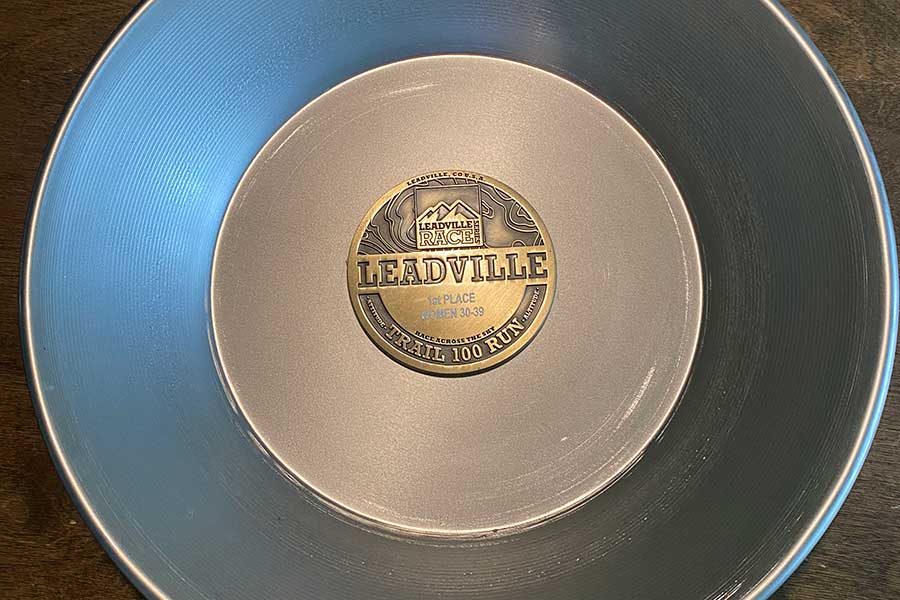