"It's not about the film, it's about the dialogue" 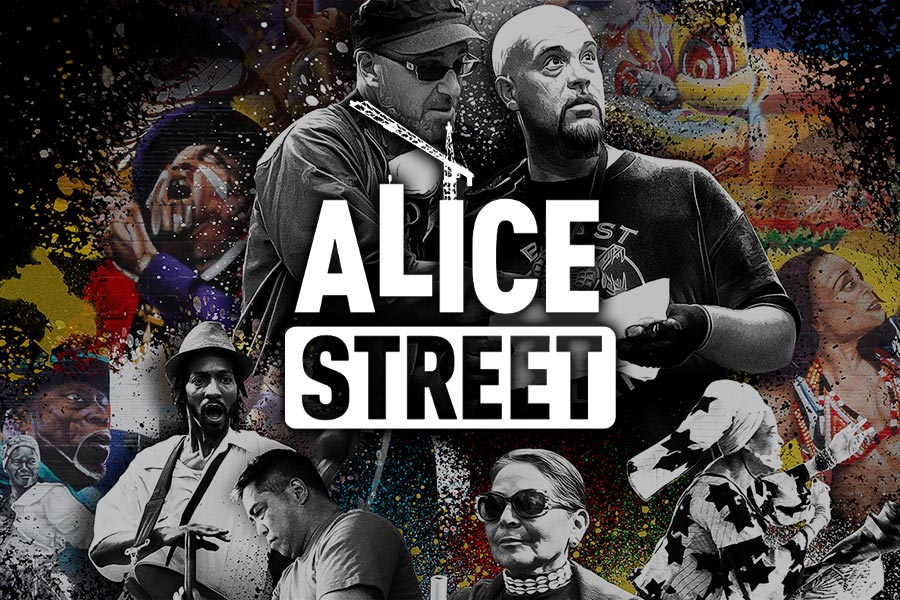 It would be easy to dismiss Wilkinson's documentary, Alice Street, as just another socially conscious rant about gentrification, giving vent to a community's spleen. But the award-winning Alice Street is not a fist-shaking protest film, and Wilkinson has far greater ambitions than stirring up anger, regardless of how valid that anger may be.

Because Alice Street is a discussion piece.

"We had a screening with a group of 100 urban planners at a conference in Calgary," Wilkinson said. "They somehow learned of Alice Street and invited us to show it. It was one of our favorite screenings, because of the dialogue that came up. These urban planners said, 'We really need to rethink how we center culture in our urban planning. Who are we leaving out in our community engagement around new developments? We need to rethink this.' Something like that is a concrete example of someone shifting their perspective, and I hope that means it has some impact. It's hard to measure, but there have been a lot of examples like that. I know that when people are talking to each other, it can really open up discussions."

The conversation comes to Denton on Monday, Sept. 26, at 2:30 p.m. when Alice Street will be shown in the Hubbard Hall auditorium. A panel discussion featuring TWU and Denton community leaders will follow. Admission is free.

"We had a vision of wanting to reach people who are decision makers," Wilkinson said. "It's not about the film, it's about the dialogue that follows and people talking to each other about the issues in their communities. Our main goal is to get people talking and get diverse sections of the community speaking with each other. There's a lot of power in speaking with your neighbors you might not typically speak with."

Alice Street was in production for six years, during which Wilkinson – working primarily on his own with little funding – followed the story of an Oakland, Cal., community's fight against gentrification and protecting its history, voice and land.

The story began in 2013, when two artists, Chilean studio painter Pancho Peskador and Chicago-born aerosol artist Desi Mundo, formed a partnership to create a four-story mural in downtown Oakland. The site was at an intersection where Chinese and Afro-diasporic communities faced displacement due to the planned construction of a condominium.

Funding began to trickle in from foundations and grants and Wilkinson was able to hire additional crew.

"The finishing of the film required a team effort, and there were so many wonderful artists involved," Wilkinson said. "There were challenges throughout, whether it was the story line itself and following it that long or figuring out how to get it out into the world."

Fortunately, Wilkinson was in the right city for such a project.

"Oakland really has a history of powerful activism," he said. "It's part of the cultural history of the city. I haven't heard much from elected officials in scrutiny or critique of the film. Overall it has been really accepted by the city and the community, the people who we really cared about getting the story right."

Filming wrapped in 2019, post-production concluded in 2020, and the film premiered that same year at a film festival in London, England – in the midst of the pandemic, so Wilkinson was unable to attend his own premier.

Strangely, however, because the pandemic forced the film into virtual screenings there was actually enhanced dialogue among fellow filmmakers.

"One really exciting thing about our London event was they had a panel with filmmakers from around Europe and myself talking about gentrification," Wilkinson said. "A panel like that couldn't have been possible if it wasn't a remote event. They had people from all over the continent joining the conversation who had similar stories about how their urban centers have been transformed and the impact on long-standing community members when rent and housing prices start going up and up. We were all in dialogue with one another.

"It means a lot when other filmmakers see something of value in what you create. It can be a discussion piece to help us all develop our skill set. You can have acceptance from your peers on what you recreate."

That acceptance has blossomed into the Alice Street 2022 National Impact Tour. There have been approximately 65 screenings thus far with another 20 in the coming months. Alice Street has also been shown at roughly 35 film festivals in the United States, Canada, Europe and Asia.

Alice Street will also been screened in all six cities of the Architecture and Design Film Festival, whose audience is urban planners and architects.

"I think people are drawn to the story because they're looking for ways to have dialogue about an issue which is very complex and nuanced, and can be divisive, but it's really important for people to talk about," Wilkinson said. "The film is acting as a case study for advanced gentrification and the results, but also how communities can engage the topic in ways that will form coalitions and have direct dialogue with developers and their cities.

"Each community is unique," Wilkinson said. "So if the film can be a springboard to having discussions, then that's where it can have its biggest impact. Every community has its Alice Street."

Denton and TWU's Alice Street was a neighborhood called Quakertown, a community established by freed black slaves in the late 1800s. But after the school that would become TWU opened adjacent to Quakertown, the thriving Black community was removed and its residents relocated.

Following the screening at TWU, there will be a panel discussion of the film and its issues. The panel will include Patricia Stukes from TWU's Multicultural Women’s and Gender Studies, Giovanni Valderas from TWU's Visual Arts, and Reverend Reginald Logan from Denton's Galilee Baptist Church. Paul Meltzer, a Denton City council member and chair of the Oak Gateway Small Area Plan, will be moderator for the panel.

For more information about the film, visit the Alice Street website