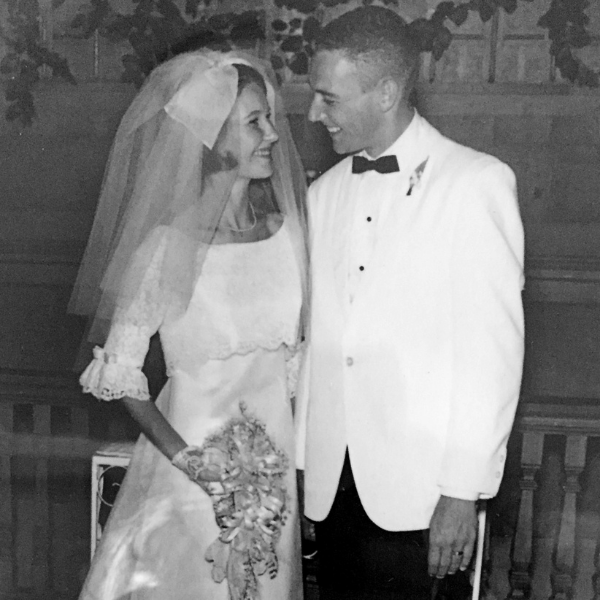 As a freshman at Texas Woman’s University’s Denton campus in 1961, Cynthia Harper met a fraternity member who was attending North Texas State University (now the University of North Texas). There was not much chemistry between the two of them, but then he introduced her to John Harper. Sparks flew and there was an instant connection.

“That boy was handsome, brilliant and had a big, beautiful smile. Rapidly it became apparent the two of us had an attraction, too great to ignore.”

That summer, Cynthia would return to her home in Roswell, NM, while John would be returning to Midland, TX. Before the summer break began, the two realized they both had connections in El Paso and made plans to meet over the summer. While visiting, Cynthia and John would take a trip to Juarez, MX, for their first date. Later in the summer they visited each other in their respective hometowns and at the start of the next academic year they returned to Denton as a couple.

“In a few short months, I received a “drop”; the fraternity’s Greek letters, hung on a chain necklace.  We were in love.”

In February of 1963 Cynthia and John were officially “pinned” during a special ceremony in front of Stoddard Hall. Planning for the ceremony proved to be quite involved, requiring the permission of the Dean of Women, Cynthia’s House Mother and the campus police department. All of John’s fraternity brothers, dressed in ties and their fraternity blazers, participated in his pinning ceremony by singing to Cynthia and presenting her with roses. 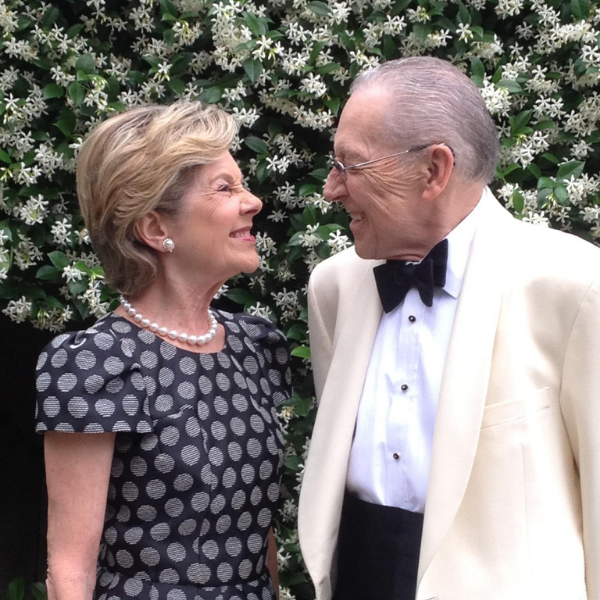 During Cynthia’s junior year at TWU, John proposed and the two were engaged. In July of 1965, just six weeks after Cynthia’s graduation, she and John were married. After John graduated from Southern Methodist University’s School of Law, they moved to Houston where they spent their life together and raised their family. Cynthia and John were given 54 wonderful years together before John’s passing in 2020. During that time, they were blessed with two children and three grandchildren.

“John had a great love for TWU and together we hosted many alumni events at our home over the years.  The parting gift for the guests, you guessed it, a red rose! Thank you, Texas Woman’s University, I found my true love and received an exceptional college education while in attendance.”