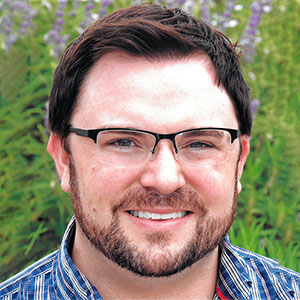 As a first-generation college student, Brett Dyer, MFA ’05, saw education as his ticket to a different life than what his small east Texas town had to offer. Despite a lack of encouragement from his family, Dyer’s teachers fostered his love of learning and helped him to pursue his ambitions. As a college student, he was further inspired by the faculty’s enthusiasm for their respective fields. One of his professors even opened his eyes to the possibility of combining his two passions, art and education, into a worthwhile career.

I knew at that moment I wanted to be an art professor and an artist, and I made it happen. Now I get to talk about art all day, show students how to make it and then go home and make my own.”

Dyer enjoys working as an instructor at Dallas College in the areas of drawing, painting, design and art appreciation. He began in 2006 as an adjunct faculty member at the El Centro campus and became a full-time faculty member at the North Lake campus in 2012. Since transitioning to a full-time position, he has served in various roles, including art club advisor, art department coordinator, interim executive dean of visual and performing arts and IncludED liaison for the School of Creative Arts, Entertainment, and Design. More recently, Dyer completed a 1,600 square-foot mural titled “The Proof is in the Flowers” on the North Lake campus with the help of his colleague and TWU alumna Allison Gillies, MFA ’05. 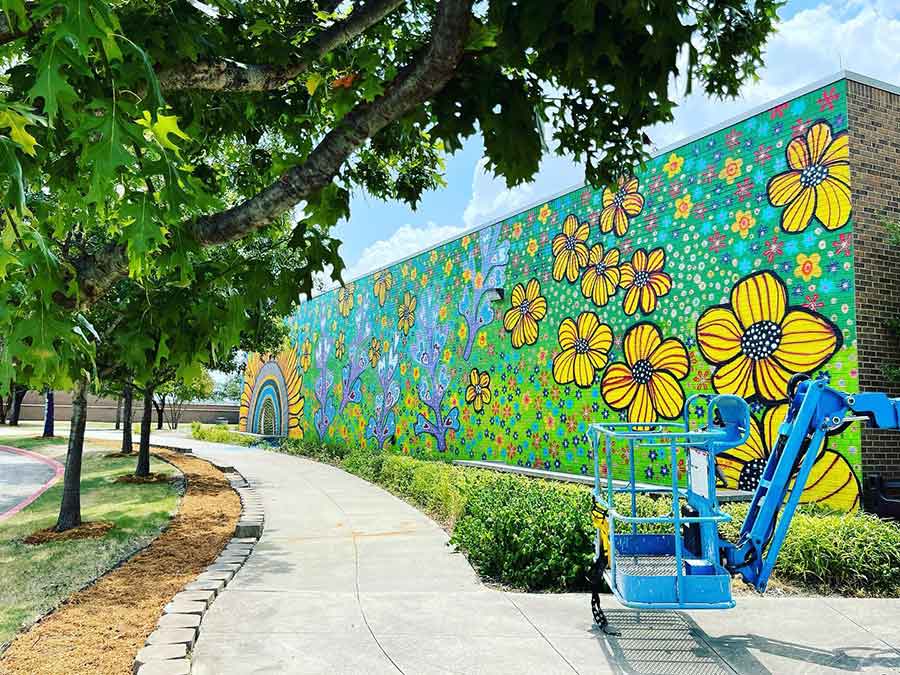 As a member of the LGBTQ+ community, Dyer did not always feel like he could show his true self. At Texas Woman’s, he found friends who accepted him completely and provided needed emotional support. TWU’s Counseling and Psychological Services also offered Dyer the opportunity to be completely open about himself for one of the first times in his life. This was during a difficult time for his family, at which point his art had become, as he would describe it, “dark and messy.” One of his favorite memories of TWU was when this work touched the life of another student who was also struggling, inspiring the individual to turn pain into something positive, as he had done.

I told myself at that point, I never cared if I ever sold a painting or if anyone important in the art world liked my work. I had to be me, and when we are ourselves, we help others.”