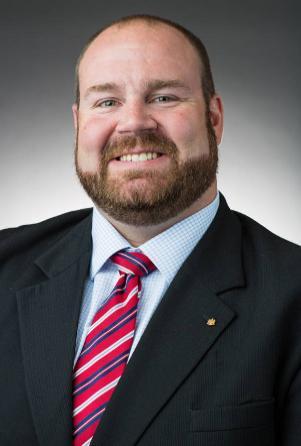 Smith most recently served as director of athletic communications at Arkansas Tech University. In his role, he oversaw the redesign and relaunch of ArkansasTechSports.com, spent time as the play-by-play announcer for various teams and managed gameday operations, including responsibilities at the 2014 NCAA Division II Central Region Baseball Championship and the 2016 NCAA Division II Central Region 1 Championship and Central Super Region Championship.

"I am excited to be joining the Pioneer family,” Smith said. “I was incredibly impressed by the student-athletes, coaches and staff on my first visit to campus, and I look forward to being a part of this dynamic and growing program and institution."

In response to the hiring, Sandee Mott, TWU Director of Athletics stated, "I am excited to add a leader of Paul's caliber to our administrative team. In seeing what Paul has accomplished at the institutional, conference, regional and national levels, I know we are getting one of the best in the business. Further, Paul has the vision to take us beyond the day to day operations of athletics communications and enhance the University brand."

In his work with Phi Lambda Chi National Fraternity as the organization's Executive Director, Smith has presented extensively on risk management, leadership, and Title IX.