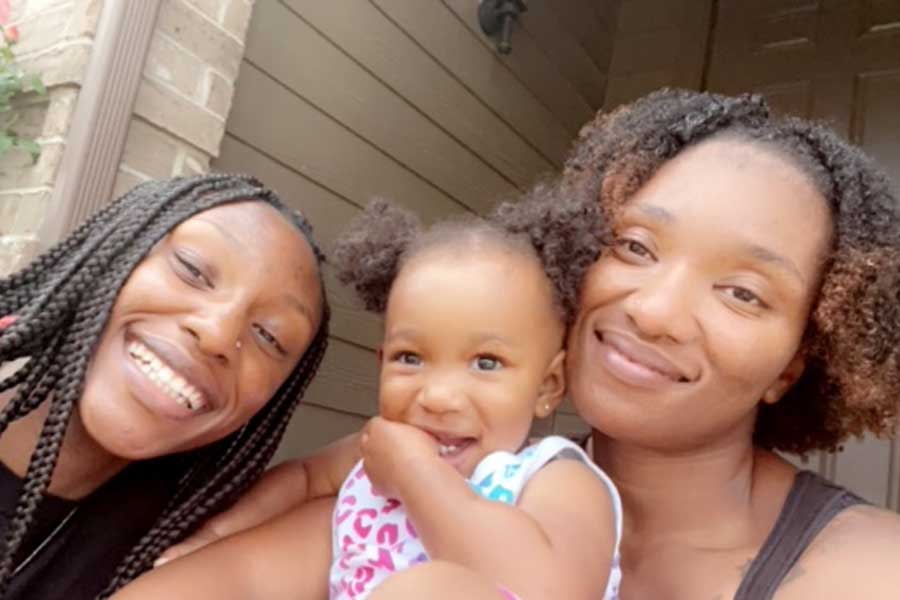 April 25, 2022 — DALLAS — “All for one, and one for all," is a phrase best known from the novel by Alexandre Dumas — “The Three Musketeers.” It also represents the roles Markeshia Govan and her two daughters assumed as Govan completed her Master of Science in Nursing.

Govan was a mother of two, a 24-year-old and a 19-year-old, until March 7, 2021. That was the day her youngest daughter, Kynzhe, came into the world — about halfway through Govan’s penultimate semester of her master’s in nursing education. In pursuit of her master’s while working as a full-time nurse, Govan would also have to complete 225 clinical hours and a master’s project while raising a newborn.

“It seemed impossible and was overwhelming at times, but I was able to push through with a big thanks to my daughter,” Govan said.

Her 19-year-old daughter, Cy'Ira, is a pre-physical therapy student at TWU, but also took on a new role in the family as support for Govan and Kynzhe.

“She had always been the baby of the family and never had to be in that role, but she picked it up naturally,” Govan said of Cy'Ira. “She was excellent. Now, we’re the Three Musketeers. We do everything together.”

Cy'Ira’s role was not the only change. Govan changed her work schedule to weekend nights in order to create time to complete her academic work. She also found out that Kynzhe is not a big napper and always wants to be held so Govan became accustomed to doing things one-handed most of the past year. 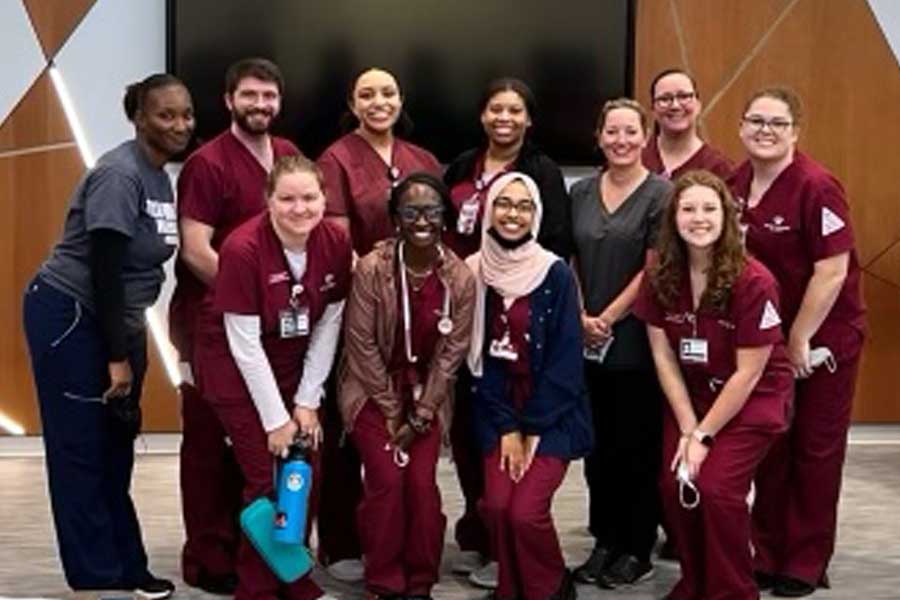 “I’ve learned to do a lot of things with one hand. I type with one hand and hold her with the other or let her feed with the other,” Govan said. “I had to hone in. Cy'Ira helped, but basically I had to work when Kynzhe slept or played.”

When it was almost too tough to keep going, Govan said prayer helped her, as did conversations with her mother. She also learned patience throughout the process, saying, “The patience I have now helps me in all things.”

The master’s project was intimidating to Govan at first. But, just like the Musketeers, Govan adapted. Her project based on nursing education around cystic fibrosis was a hit with professors and students. 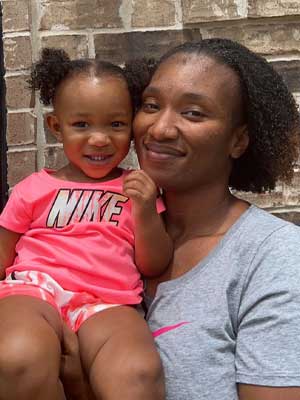 “The students loved having her in clinical as she is an expert nurse and provides guidance in a supportive manner.” said Dionne Magner, Govan’s preceptor. “She has a great sense of humor, is energetic, and always highlights doing the right thing no matter the circumstance.”

After this experience, Govan said she is not quite ready to pursue a doctorate, but she looks forward to teaching undergraduate nursing students.

“I want to teach the brand new baby nurses who are still excited. I like to watch the spark light up in them as they learn,” Govan said.

Until then, she has a brand new baby of her own and will be able to see that learning spark light up in Kynzhe.