Cesario elected to AWHONN Board of Directors 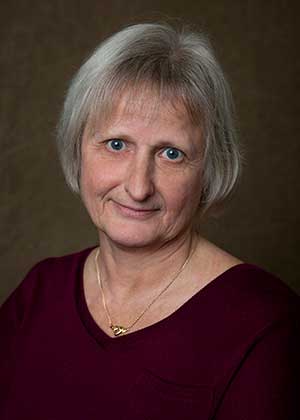 Oct. 7, 2020 – HOUSTON – Sandra Cesario, PhD, MS, RNC, FAAN, a professor and PhD program director in the College of Nursing at TWU Houston, has been elected President-Elect of the Association of Women’s Health, Obstetric and Neonatal Nurses (AWHONN) Board of Directors for 2021 and will assume the role of President on January 1, 2022.

AWHONN is a nonprofit membership organization dedicated to improving the health of women and newborns and strengthening the nursing profession. It represents the interests of 350,000 registered nurses working in women’s health, obstetric, and neonatal nursing across the United States.

Active in AWHONN (formerly the Nurses Association of the American College of Obstetricians and Gynecologists) since 1998, Cesario has held a variety of roles, mostly at the national level. She is actively engaged as chair of the National Practice committee and serving on advisory panels, the Journal of Obstetric, Gynecologic, and Neonatal Nursing (JOGNN) and Nursing for Women’s Health (NWH) editorial boards and leading evidenced-based practice guideline development teams.

“AWHONN is the standard-bearer for nursing care of women and newborns in the U.S. and globally-recognized for improving maternal-newborn health,” Cesario said. “I’m extremely proud to be a member of this dynamic organization. It is both an honor and humbling to be elected president of this prestigious organization.

"I would like to continue to build upon the strengths of this organization and move forward by supporting the science that improves health care of women and children,” Cesario continued. “I wholeheartedly support the vision and mission of AWHONN which is strikingly similar to those of TWU.”

Cesario is a woman’s health specialist with more than 40 years of clinical, research, education, and policy development experience. She has provided care to women and newborns throughout the United States and internationally and was inducted as a Fellow in the American Academy of Nursing in 2008. Cesario has held leadership positions in multiple professional nursing organizations and was named the recipient of AWHONN’s highest award, the Distinguished Professional Service Award in 2012. Most recently, she was awarded the Outstanding Research Poster Award in 2015 and has received multiple accolades from AWHONN since 1994.

A part of the faculty at Texas Woman’s since 1999, Cesario also developed and coordinated the OB Nurse Residency Program for the Indian Health Service and was a contractor for JHPIEGO and the Supreme Council of Universities addressing the USAID/Cairo Health Strategic Objective, Healthier Planned Families.

Other TWU Houston College of Nursing faculty and PhD students who are AWHONN leaders include: