April 19, 2019-DENTON-A group of Texas Woman's University kinesiology seniors, known as the Acolytes of Apollo, have been working this semester on a special garment designed to reduce lower back pain experienced by astronauts in microgravity. The team presented their project at the Texas Space Grant Consortium Design Challenge Showcase on April 15, and placed fourth out of 14 teams at this semiannual competition sponsored by NASA.

The Design Challenge tasks university teams to find solutions to issues related to long-distance space travel. Prior to last year, the competition has been historically engineering-based.

"Of the 14 teams selected for this semester's Design Challenge, we were the only one focused on a human factor," said faculty advisor Rhett Rigby, Ph.D., assistant professor of health promotion and kinesiology. "We were required to keep the same topic as last semester per the Challenge rules, but we concentrated on improving the design developed by last fall's Acolytes of Apollo team."

The garment incorporates an electrical stimulator for muscular activation, which would be worn by the astronauts while in space. Improvements to the design included:

"The wireless system would allow the astronauts to adjust the intensity as needed," said team member Joshua Elorreaga of Fort Worth, who wore the garment during pre-testing. "The garment is intended to be a base layer that an astronaut would wear daily."

Because the shirts would be worn multiple times, the team was concerned about the durability of the garments over time. The antimicrobial fabric, consisting of a polyester/Lycra/silver ion fiber blend, was tested after being used.

"We found the silver ion disrupts the reproductive system of microbes and increases the lifespan of the fabric versus that seen in other materials, such as cotton," team member Suzanna Buckingham of Keller said.

Another goal of the team was to reduce the weight of the garment. Last semester's garment weighed .54 kilograms (19.1 ounces), while this semester's weighted .48 kilograms (17 ounces), even while incorporating more technology.

"It costs NASA $10,000 to take 2 kilograms into space, so the more we can do to reduce the weight of the garment the better," said team lead Meagan Gardner of Keller.

In addition to Gardner, Buckingham and Elorreaga, the spring Acolytes of Apollo team includes Talia Peña of Grand Prairie, Jason Hogle of Coppell and Randy Manning of Carrollton. All six seniors will graduate from Texas Woman's University in May, with most heading to graduate school in the fall.

Rigby already has selected the members for the team to compete in the fall design challenge.

"I wanted the new team to see what a great team can do," Rigby said. "I'm very proud of how these students worked together to identify a problem, develop a solution and perform the research to show how this garment can help astronauts. What they've learned through this process will help them with their future studies and their careers." 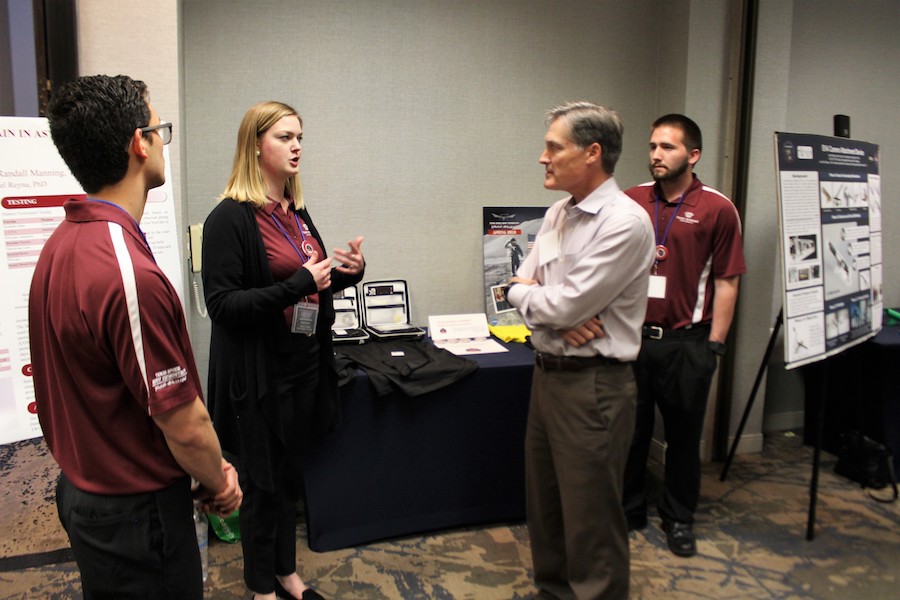 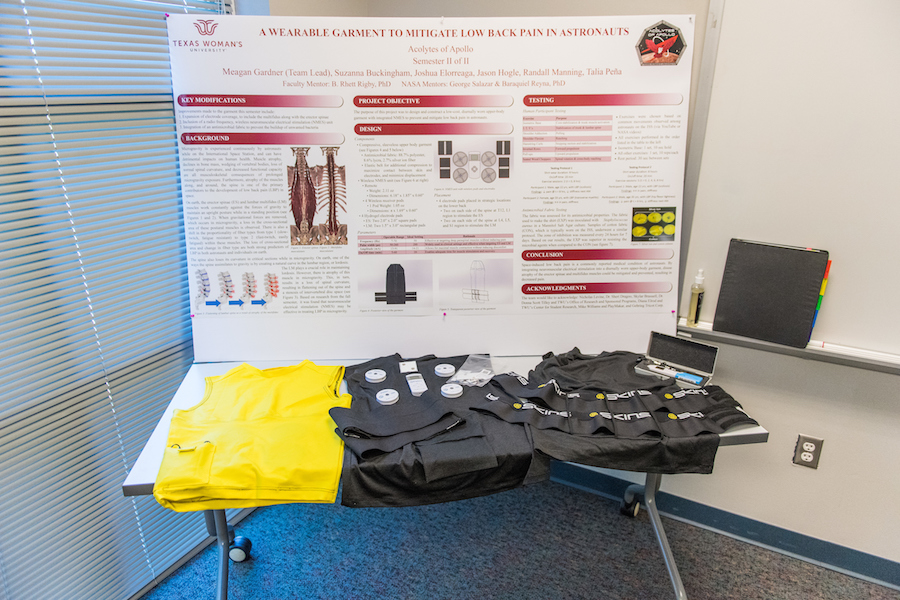 The Acolytes of Apollo presented this poster and garment prototypes at the spring Design Challenge sponsored by NASA. 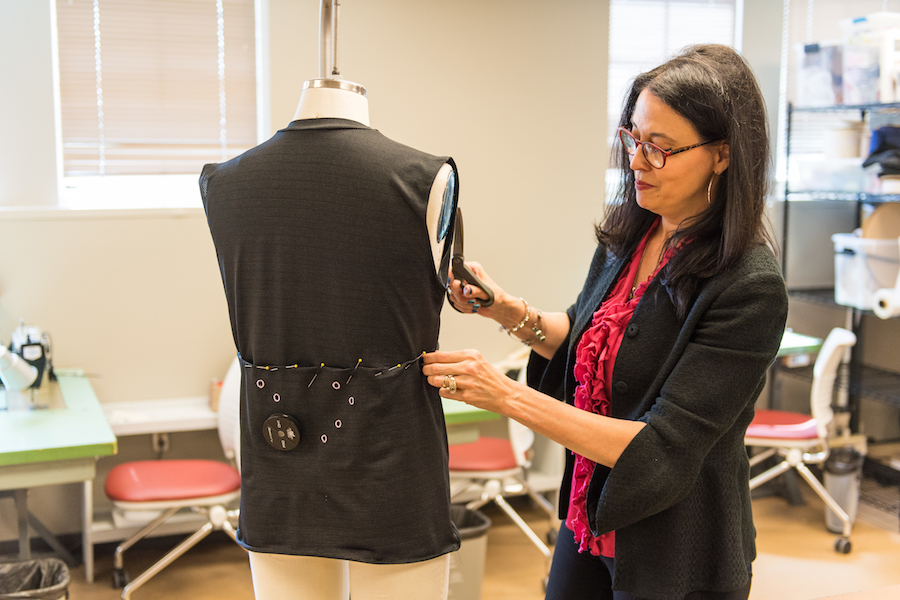 TWU fashion professor constructed the special garment based on the designs of the Acolytes of Apollo.