As a lifelong lover of the outdoors, Kaitlyn Houser (B.S. ’19) dreamed of encouraging others to get outside and experience nature. When Texas Woman’s University joined Outdoor Nation (ON), she found the perfect opportunity to inspire students to get active on campus. Today, as TWU’s ON Campus Ambassador, she is taking it one step further and inspiring others to witness nature off campus.

One of Houser’s requirements as ON Campus Ambassador was to lead a national park trip. After realizing many have never visited a national park, Houser says, “it made sense to go somewhere ‘grand’ — pun intended — for a first impression.”

Houser chose the Grand Canyon for the area’s strong Native American history and culture, which she believes is important to learn and admire.

Houser then organized and led a five-day trip of firsts – one student had never flown before – for eight TWU students. The group hiked and explored Sedona, Arizona, including the sights of Devil’s Bridge Trail in Coconino National Forest, Chapel of the Holy Cross, Bell Rock, and toured the backcountry of the red rocks on jeeps.

The most rewarding part is getting to take students to places they've never been to before, and might have never gone to if it weren't for this trip, because of the obstacles that often come with traveling.

Then came the grand finale: “The second we walked up to the designated area overlooking the Grand Canyon, everyone was in awe and disbelief from being in the presence of something as vast and as naturally detailed as that.”

Houser says the most rewarding part of being TWU’s ON Campus Ambassador is “getting to take students to places they’ve never been to before, and might have never gone to if it weren’t for this trip, because of the obstacles that often come with traveling.”

For this reason, Houser plans to continue the ambassadorship through the fall with a trip to Hot Springs National Park in Arkansas, scheduled Nov. 9-10.

In the future, Houser plans to use her Health Studies (Community Health) degree to pursue a career related to the outdoors. She hopes to implement interactive, educational outdoor programs and focus on environmental health, sustainability and conservation. 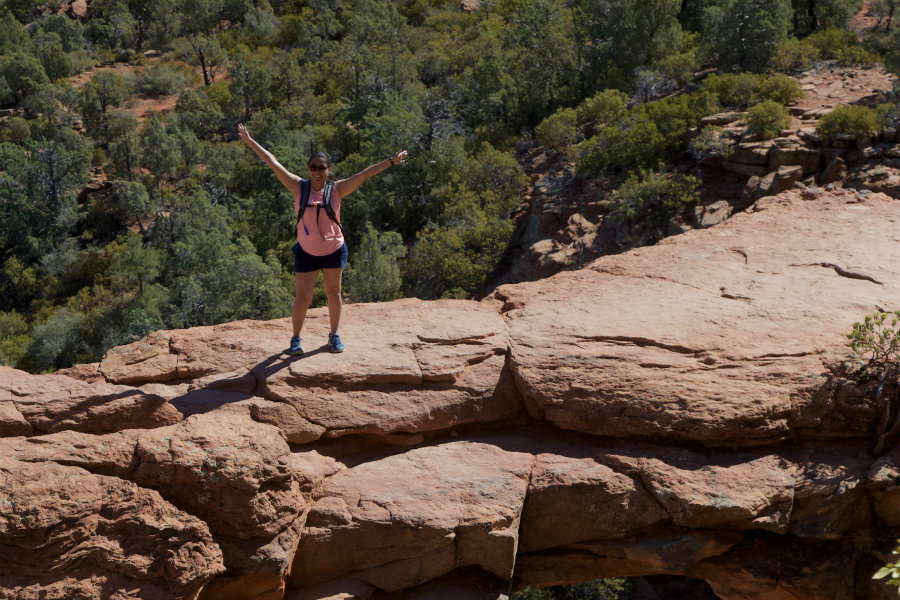 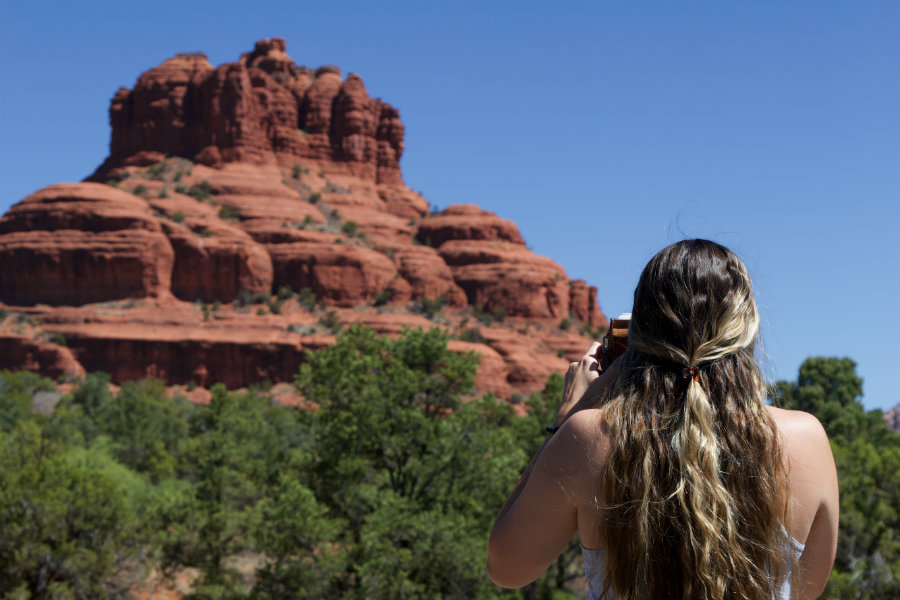 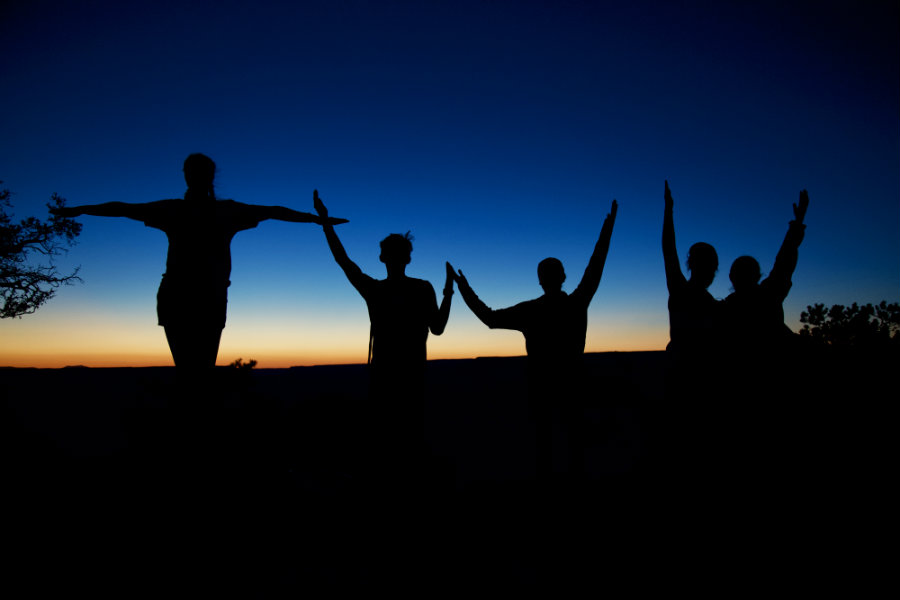 TWU students at the Grand Canyon join together to form "TWU" with their shadows at dusk.