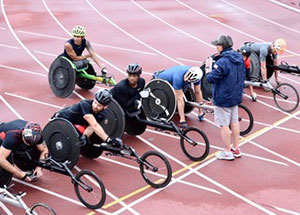 In a career that spanned more than 40 years, Cathy Sellers was active as a track & field coach at the high school, collegiate and Olympic levels. Sellers was drawn to Texas Woman’s by the track & field program, which she cites as having been the best at the time. After a visit to campus, she was certain that the university was the place she needed to be. As a student-athlete, she competed in track & field, cross country and softball.

Of the many mentors that Sellers discovered at TWU, the most influential was Bert Lyle, former head track & field coach and director of athletics. As her career in sports developed, Sellers and Lyle became close friends. One lesson that stuck with Sellers was Lyle’s practice of reviewing films with athletes to find improvements that could be made in their performance.

It made me challenge my knowledge, become a lifelong learner and be curious about how to improve performances.”

After earning her bachelor of science in kinesiology in 1975, Sellers went on to receive her master of education from the University of Houston. The career that followed included coaching positions at Pasadena Independent School District, Stephen F. Austin State University, Ohio State University, Cypress-Fair High School in Houston and serving as an administrator for USA Track & Field. In 2003, Sellers joined the U.S. Olympic & Paralympic Committee (USOPC) as the manager of coaching.

In 2008, Sellers volunteered to help the U.S. Paralympic track & field team, believing that it would be a good opportunity considering her role with the USOPC. She did not foresee the impact that decision would have on her life and how her passion for the sport would grow from that experience. The experience was different than anything she had done previously, causing Sellers to reflect upon herself and view the world through a new lens.

Awareness is paramount. I am continually amazed at what people can do when encouraged. Sports is a leader in showing the possibilities.”

Sellers was chosen to lead the Paralympics track & field team in 2009, a role that she held for the last nine years of her career before retiring in 2018. During her tenure with the Paralympic track & field program, Sellers worked with athletes and coaches of athletes with physical disabilities as they trained and prepared for the World and Paralympic Games. Her leadership helped the team garner 43 medals at the 2016 Paralympic Games in Rio—the most medals won by any U.S. team, Olympic or Paralympic.

Sellers is a member of the TWU Athletics Hall of Fame. 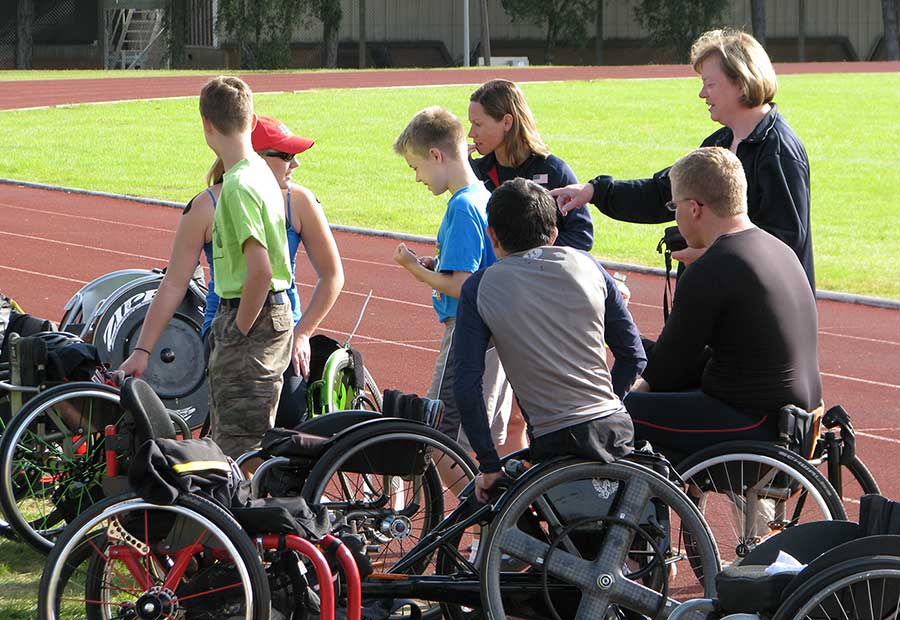