Taylor Williams achieved her lifelong goal of being a teacher after graduating from Texas Woman’s University, but when the time came to move into administration, she was ready. Now, as Slidell ISD’s new superintendent, she remains focused on students.

“I am here to give our students the best educational experience possible and hope they become lifelong learners,” she said. 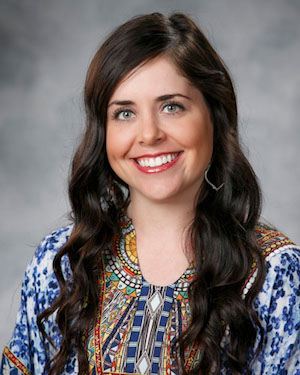 Williams served as the district’s interim superintendent approximately six months before receiving the permanent role during the school board’s April 14 meeting. She had been named the lone finalist for the position.

Teaching was always the career she wanted to pursue, Williams said. She began looking at colleges during her senior year at Decatur High School, seeking one with a strong education program.

“Texas Woman’s University continually stood out from the rest, with its program and the amount of time their students spent in real classrooms before entering the field,” she said.

Williams earned her bachelor’s degree in interdisciplinary studies, 4-8 generalist/ESL from Texas Woman’s in 2009. She credits Karen Dunlap, Ed.D., and Laura Trujillo-Jenks, Ph.D., among the professors who had a major impact on her college experience.

“They were such strong educational leaders, and listening to their stories about their own experiences was not only inspiring, but motivated me to pursue my master’s degree in educational leadership,” Williams said. She earned her master’s at TWU in 2015.

Williams also received encouragement from administrators at Slidell ISD, where she began her teaching career shortly after earning her bachelor’s degree.

Throughout the years, she continued to take on different leadership roles in areas such as testing, textbooks, curriculum and more. After completing her master’s degree at TWU, Williams was named elementary principal at Slidell.

“A few years later, our high school principal retired and I applied for that position because I was ready for the next step,” she said. Williams served in that role for three years before the interim superintendent title was added.

“Change can be uncomfortable for some, but I thrive in the ever-changing, fast-paced environment,” she said. “My biggest struggle going into administration was leaving the classroom, which meant less time with the students. They are the reason I chose to teach. Thankfully, in a school our size, I still see the students every day and get to interact with them. I don’t ever want to lose that.”

Her family and career have grown simultaneously. With three young children — Grady, 7, Dixie, 3, and Lyle, 8 months — finding the balance between work, school and home has been a struggle at times. But she has help.

“The community in Slidell is amazing, and I have so many people who help out when needed,” Williams said. “My husband supports me 100% and enjoys attending events as much as I do. We consider the school and community part of our family. We have an amazing support system.”