The team—The Acolytes of Apollo—brought home three firsts at the showcase: top overall design team, best poster and best oral presentation. This was TWU's first year to participate in the challenge and the first time for the TSGC to open the challenge, historically an engineering-based competition, to a project focused on the health sciences.

Sponsored by NASA and administered by the TSGC, the Design Challenge tasks university teams to find solutions to issues related to long-distance space travel. TWU's team of senior kinesiology students developed a prototype garment with integrated technology as a way to mitigate the effects of microgravity on the lower back. The undershirt holds an electrical stimulator for muscular activation, which could be worn by the astronauts while in space.

"According to NASA's research, we found a high rate of occurrence of low-back pain in astronauts," said team member Arianne Scheller of Houston. "This is a result of a change in characteristics in the muscle fibers caused by microgravity. In physical therapy, neuromuscular electric stimulation (NMES) has been shown to help with pain in large muscle groups, so we looked at existing data and created a design that would effectively provide coverage with electrodes integrated into the garment."

After the team developed a design using 3D modeling software and created a basic hand-sewn garment, they turned over their concept to TWU fashion and textiles professor Sheri Dragoo, Ph.D., who constructed the prototype worn by team member Alexis Quintana of Aubrey during the challenge showcase.

"We wanted a design that allowed for easy removal of the NMES system from the garment to put it in another after being worn for eight hours," said Audra Romans of Bonham. "Dr. Dragoo really helped us perfect our prototype. We are extremely grateful for those who helped, gave input and encouragement."

Rigby has already selected members to compete in the next TSGC Design Challenge, to be held in April 2019. Half of the new team traveled to Houston to watch the activities related to the challenge. The entire TWU group participated in a special "behind the scenes" tour of Johnson Space Center the day after the competition.

Five of the six members of The Acolytes of Apollo will graduate in December from TWU. All say it was a life-changing experience.

"One thing I learned is that we are responsible for our own individual contribution to success," said Moore. "Even when you are not a designated leader, there is always a way to lead. I will remember how this experience pushed me to be creative in my role so I could be a more valuable asset to my team." 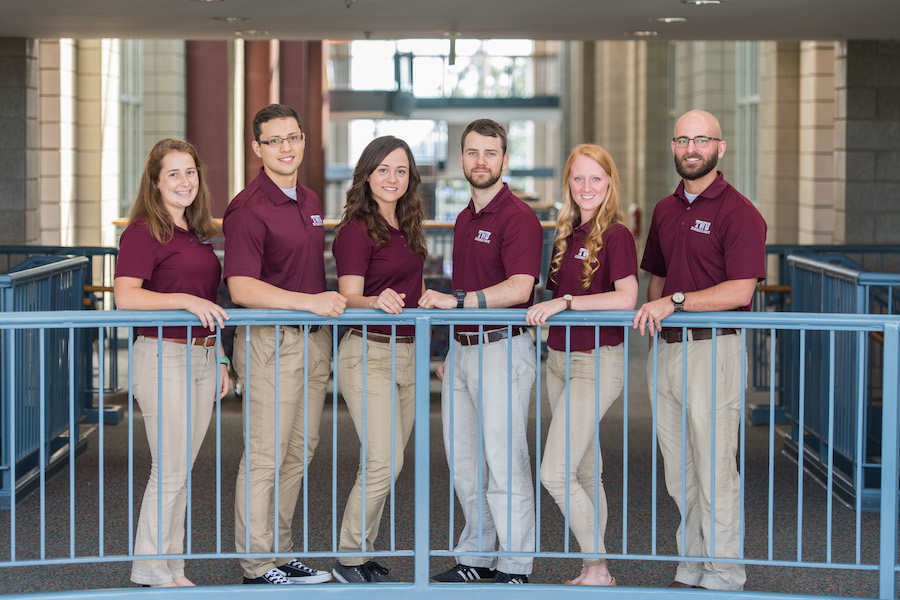 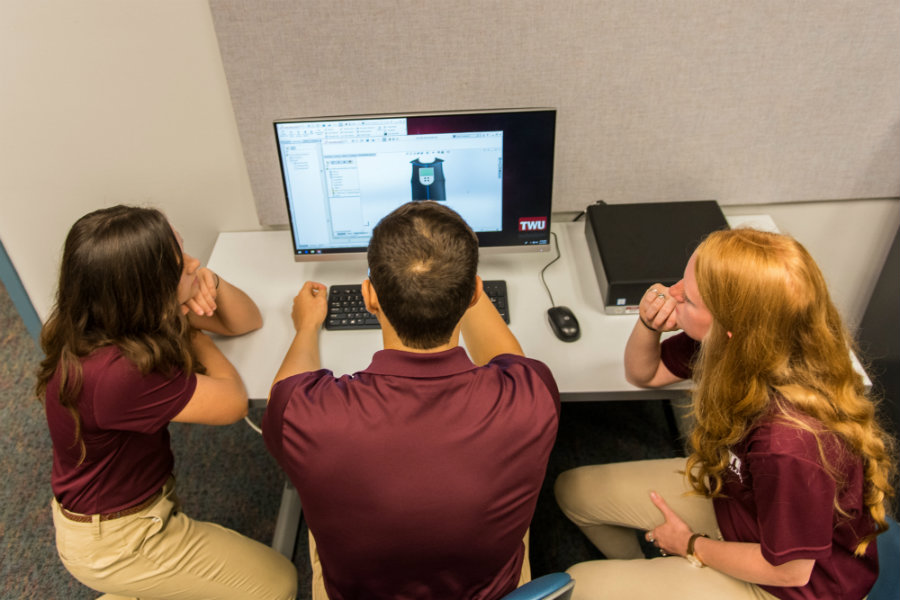 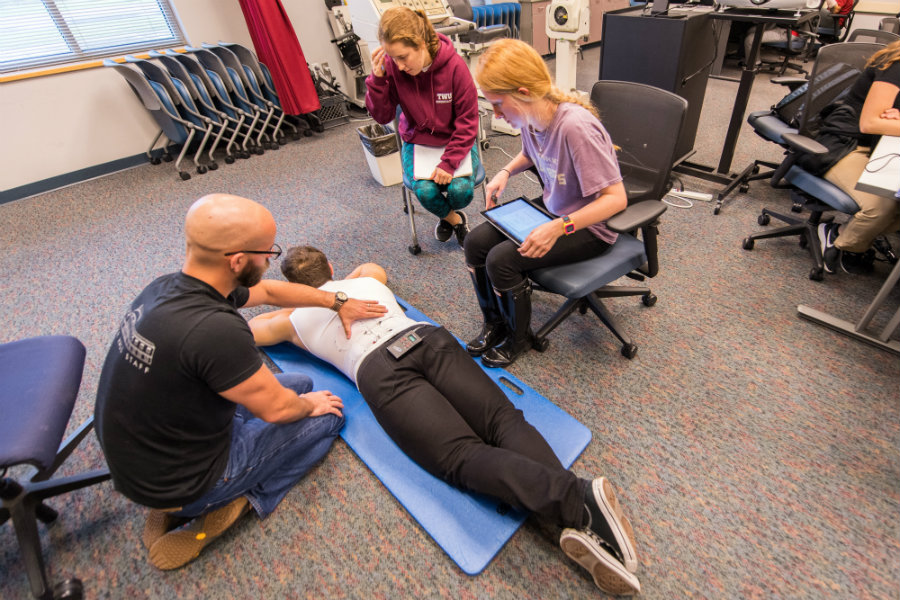 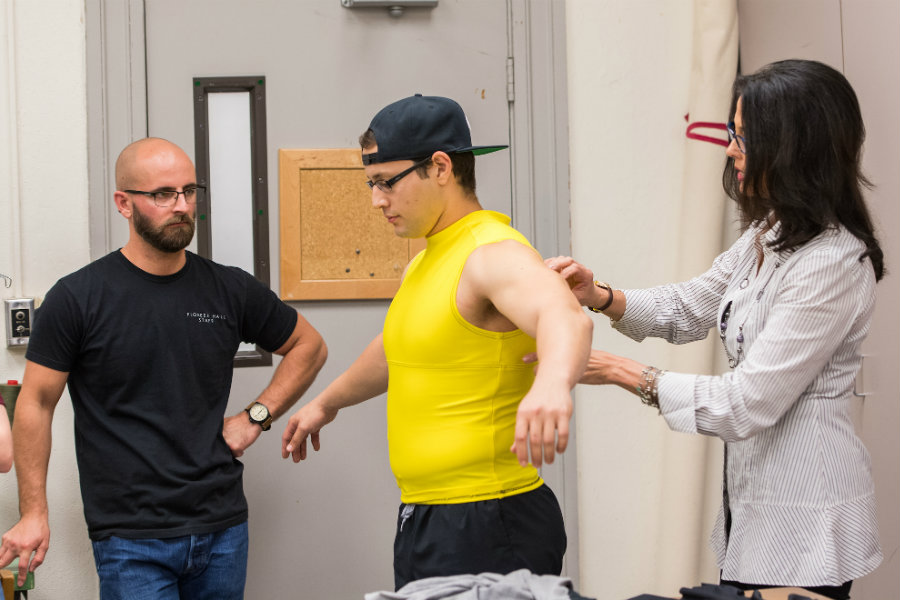 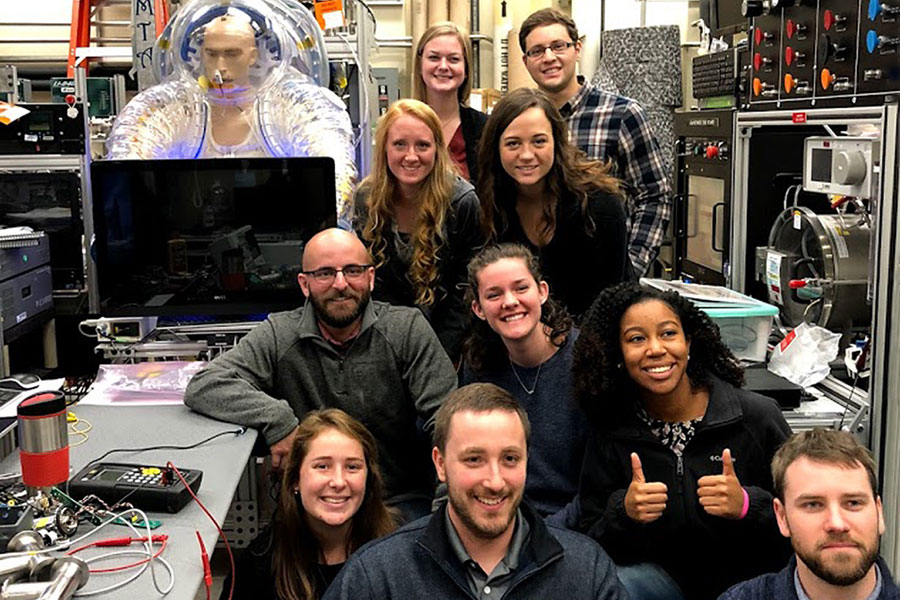 While in Houston, members of the winning team and spring challenge team members toured a technology development lab at NASA Johnson Space Center. 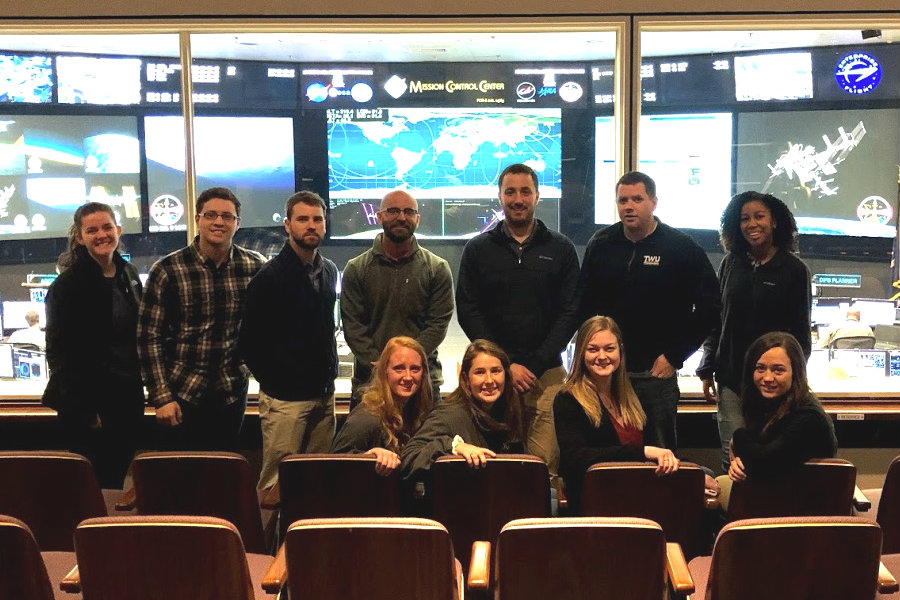 About the Texas Space Grant Consortium

The Texas Space Grant Consortium is a group of 59 state universities, industrial and non-profit organizations, and government agencies that work to ensure that the benefits of space research and technology are available to all Texans. The TSGC is one of 52 nationwide.

Because Texas Woman's University is an academic affiliate of the TSGC, TWU students are eligible to apply for Columbia Crew Memorial Undergraduate Scholarships and Graduate Fellowships, participate in the NASA Design Challenge team program, as well as other program and funding opportunities. The consortium also focuses on assisting new researchers in establishing research careers, enhancing research collaboration and mentorship with faculty, and conducting research aligned with NASA's enterprises.

A Texas Woman’s kinesiology team is going where no TWU students have gone before – a project competition in support of space exploration.