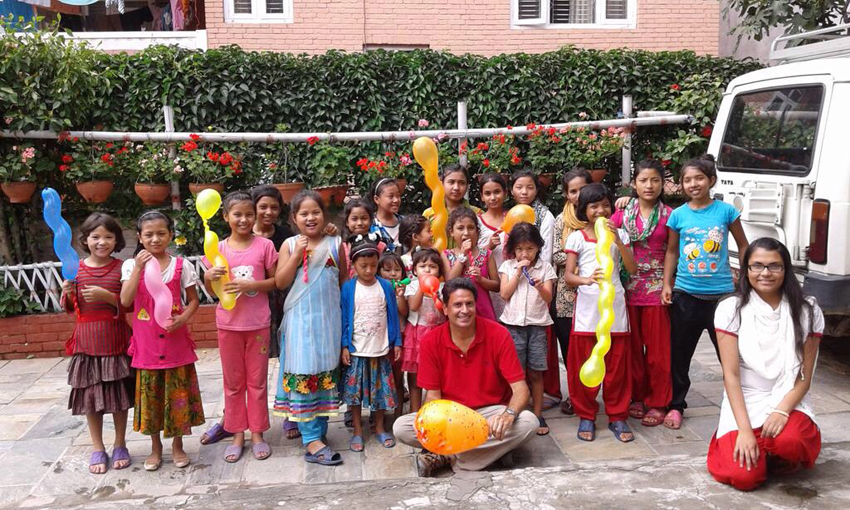 April 26, 2018 – DENTON – Ronald S. Palomares-Fernandez, Ph.D., a Texas Woman’s University assistant professor of psychology, has been knighted by the Johanniter Order, a 900-year-old spiritual service organization dedicated to assisting the sick, the poor and the infirmed. Palomares-Fernandez received the honor for his humanitarian work in his church and around the world.

Palomares-Fernandez was approved to serve as a Knight of Honor in March by the Herrenmeister, Prince Oscar of Prussia, Lord Master of the Brandenburg Bailiwick of the Knightly Order of Saint John of the Hospital of Jerusalem. His investiture and knighting ceremony occurred on April 7 in Boston, Massachusetts.

According to Palomares-Fernandez, prospective knights are invited by knights within the Order for consideration, but there is an extensive vetting process that occurs before one is invited to join.

“Included in my vetting process was a trip to the Johanniter Convocation in Erfurt, Germany, where I met with knights from around the world. I believe I came to their attention due to my work in my home church, Christ Lutheran – Dallas, and service work I have engaged in around the world,” said Palomares-Fernandez.

Palomares-Fernandez was an assistant professor at TWU between 1996 and 2000, prior to accepting a position at the American Psychological Association (APA) in Washington, D.C. While working at the APA, he used his vacation time to offer his services to the military. Palomares-Fernandez served as a military family life counselor for three tours: one at Fort Hood, immediately after the shooting in 2009; and then twice in Germany, providing counseling services to children, spouses and soldiers being deployed out of the U.S. military installations there. He returned to TWU in 2013.

In 2015, Palomares-Fernandez traveled to work as a volunteer psychologist in Nepal for five weeks following the earthquakes that devastated the country. He worked with children and adolescents in local schools, as well as with staff and children in the primary orphanage in Kathmandu, Nepal. He also taught nurses, midwives and teachers in South Sudan how to train others on the key features of posttraumatic stress disorder and initial interventions.

Palomares-Fernandez’s research areas include supporting and developing a better understanding of the strengths of military-connected children, as well as the use of telepractice, or the application of telecommunications technology to the delivery of psychology services, to remove barriers and increase access to mental health services by all.

“I continue volunteering and see the opportunity of being in the Johanniter as an extension of the work I have always done,” said Palomares-Fernandez. “In fact, as a member of the Johanniter Humanitarian Group –Dallas (JHG), I was able to help make connections between the JHG-Dallas nursing scholarship program and TWU’s nursing program, which resulted in the presentation of a donation this past March for TWU nursing scholarships.”

Originating in 1099 and officially known as the Brandenburg Bailiwick of the Knightly Order of St. John of the Hospital at Jerusalem, the Johanniter Order is the oldest charitable organization in existence today. Headquartered in Berlin, the order operates and supports hospitals, senior facilities, roadside emergency services, medical institutions and charities around the world.

With his investiture, Palomares-Fernandez joins the 77 other Knights of the United States Johanniter Subcommandery. 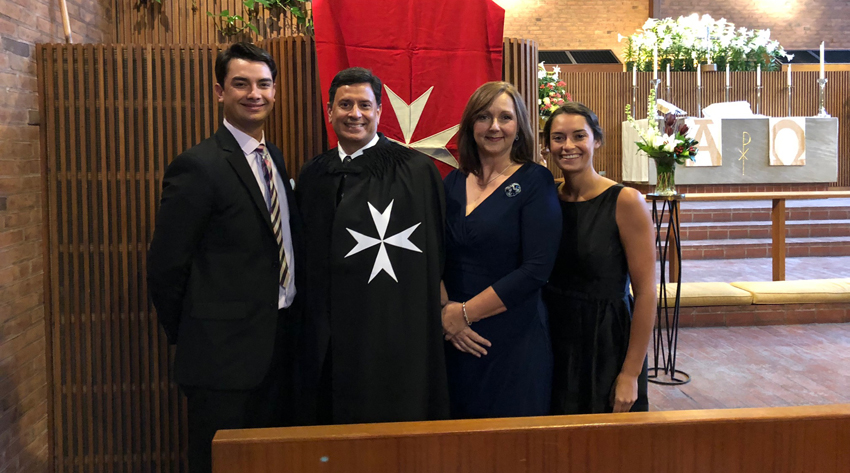