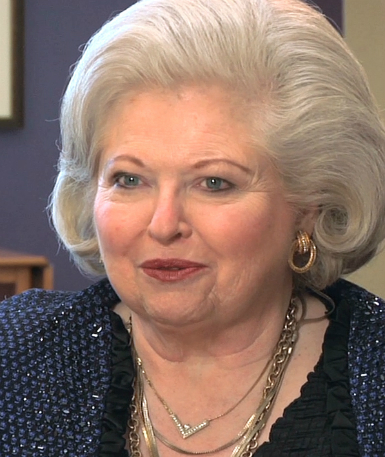 Legendary attorney Sarah Weddington, believed to be the youngest person ever to win a case before the U.S. Supreme Court, will speak about women’s leadership and the future March 29 at Texas Woman’s University.

Weddington is the speaker for TWU’s Inaugural Jamison Lecture, which is made possible by the Alonzo and Elisabeth Jamison Lectureship Endowment. Weddington will speak on “Laugh, Learn and Lead: Women’s Leadership and the Future” and participate in a question-and-answer session following her remarks. The event is free and open to the public and will take place at 7 p.m., Tuesday, March 29, at Hubbard Hall, located on Administration Drive between Bell Avenue and Oakland Street on the TWU’s Denton campus. For a map of campus, visit www.twu.edu/maps/.

The Jamison Lecture is sponsored by the Alonzo and Elisabeth Jamison Lectureship Endowment, which assists the TWU Department of History and Government in bringing a nationally or internationally recognized scholar or civic leader to the University for a public lecture. The opinions and views expressed at the Jamison Lecture do not necessarily represent the views of TWU. 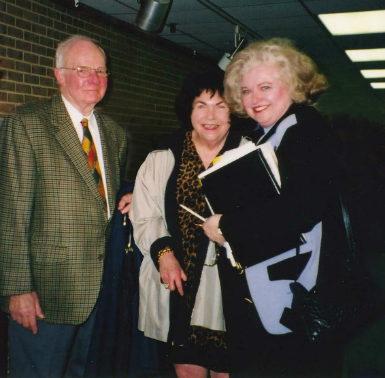 The late Alonzo Jamison represented Denton County in the Texas House of Representatives for 14 years, then served on the TWU faculty and as chair of the Department of History and Government. His wife of 62 years, Elisabeth, was a TWU alumna who also taught at the University.

Weddington considered Alonzo Jamison as one of her mentors when she became the first woman from Austin to serve in the 150-member Texas House of Representatives in the 1970s.

“Alonzo and Elisabeth were great friends of mine, and I was able to learn a lot from watching him, including the importance of training leaders to create the future,” Weddington said. “It is a sentimental joy to honor the Jamisons’ legacy of leadership by being the first speaker for the Jamison Lecture.”

Weddington also has special ties to TWU, where she served as a distinguished lecturer from 1981 to 1990 and as an adjunct professor in the TWU Department of History and Government in 1993. In 2001, Weddington returned to TWU for The Sarah Weddington Centennial Leadership Conference held in conjunction with TWU’s 100th anniversary celebration.

Weddington said she is looking forward to speaking to students and others about women’s leadership and its crucial role in shaping the future.

“It is important for women to think of themselves as leaders from a young age, and college is a significant time to share this message,” Weddington said. “I want the audience to leave empowered, having learned something and being inspired to lead.”

Although Weddington believes women have come a long way since the days she couldn’t wear pants, find a bathroom in the lawyer’s lounge of the U.S. Supreme Court or even open a bank account without her husband’s or father’s signature, there’s still a long way to go.

“Women still aren’t equally represented in elected office or in high-level corporate and civic positions,” Weddington added. “We need to get more women to think of themselves as leaders, and to empower them to aspire to more and higher leadership positions.”

Weddington plans to share personal stories of how she got around being told that, “No, women can’t do that.” She also will impart advice to the audience, including, “It’s not what you know; it’s who knows what you know.”

She said speaking at TWU will be a homecoming of sorts for her.

“TWU always will have a special place in my heart because of our shared interest in promoting leadership in women,” Weddington said. “I still have many friends and former students on campus, and I can’t wait to see them all.”

Sarah Weddington is a nationally known attorney and spokesperson on leadership and public issues. She is particularly well known for her work on issues affecting women through her many roles, which include attorney, legislator, Presidential adviser, professor and expert, called upon by the national media and institutions of higher learning.

In 1973, she became the first woman from Austin/Travis County elected to serve in the 150-member Texas House of Representatives; she served for three terms. In 1977, she was the first woman ever to serve as General Counsel of the U.S. Department of Agriculture, where she supervised more than 200 lawyers. From 1978 to 1981, she served as Assistant to President Jimmy Carter, directing the administration’s work on women’s issues and leadership outreach. From 1983 to 1985, she was the first female director of the Texas Office of State-Federal Relations.

A former adjunct professor at The University of Texas at Austin, Weddington writes and travels extensively, speaking on the development of leadership skills.

She received her J.D. from The University of Texas School of Law in 1967 and is a Distinguished Alumna of McMurry University in Abilene. She holds several honorary doctorates.

For her complete bio, visit www.weddingtoncenter.com.

About Alonzo and Elisabeth Jamison

A lifelong resident of Denton, Alonzo Jamison served seven consecutive terms in the Texas Legislature starting in 1954. He left the Legislature in 1968 to join the faculty of TWU. He became chair of the TWU Department of History and Government in 1981 and retired from the university in 1984.

He received a Bronze Star for his World War II service as an Army antiaircraft artillery officer in North Africa, Sicily, Italy and Germany. He passed away in 2011.

In 1947 he married Elisabeth McCullar of Denton. Elisabeth Jamison received her bachelor's degree in music from the Texas State College for Women, now TWU, in 1943. She died in 2009.

The Jamisons were longtime supporters of the university and members of TWU's Old Main Society.