Zeta Phi Beta Sorority, Inc. was founded January 16, 1920, at Howard University, Washington, D.C. The Ku Klux Klan was very active during this period and the Harlem Renaissance was acknowledged as the first important movement of Black artists and writers in the U.S. It was within this environment that five coeds envisioned a sorority which would directly affect positive change, chart a course of action for the 1920s and beyond, raise consciousness of their people, encourage the highest standards of scholastic achievement, and foster a greater sense of unity among its members. 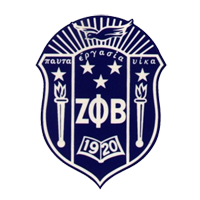