This event is free and open to the public.

In this talk, Dr. Clare Brock will discuss the concept of "food justice," which encompasses everything from farming and production methods, to distribution and consumption. In particular, advocates of food justice emphasize a paradigm shift from thinking about food security to thinking about food sovereignty. The notion of food sovereignty begins with the fundamental belief that all people should have access to food that is ethically produced, and which meets their dietary, religious, and cultural needs. The food sovereignty paradigm also asks us to reconsider how traditional gender roles impact food accessibility and justice. Historically, we have thought of farming as a male occupation, and cooking as a woman's domain. This lecture complicates those gendered images regarding food production and highlights the importance of gender equality in moving toward a world in which food is produced ethically, and all people have access to food at that aligns with their preferences and needs.

Clare Brock is a professor in the Department of History and Political Science at Texas Woman's University. Dr. Brock teaches Public Policy, Food Politics, and American Government classes. Her published work looks at the impact of policy images and ideology on food and agricultural policy in the United States.

Founding a Children's Charity in the 21st Century: What It Means to the Future of Humanity 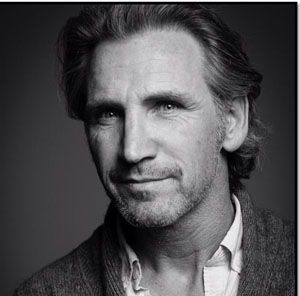 In this talk, Chris Morrison will address Care Highway International's goal to develop a more secure environment for children living in conflict areas as well as anywhere a child is at risk.

Christopher Morrison, BCAo, is the founder and president of Care Highway International, a non-profit humanitarian organization dedicated to encouraging community resiliency by improving children’s health, nutrition, and access to education. Care Highway and its volunteers have worked in Africa, Eastern Europe, and North and Central America, supporting orphanages, opening educational centers, and providing shelters for families displaced by war. In July 2017 Chris was awarded the The British Citizen Award (BCAo) for International Service for his profound and lasting contribution to humanity in communities outside of the United Kingdom. He has delivered keynotes and led discussions at prestigious schools, universities and events around the world. He holds a BA MA in Humanitarian Studies and earned his teaching credentials at Greenwich University.