History of the TWU English, Speech and Foreign Languages Program 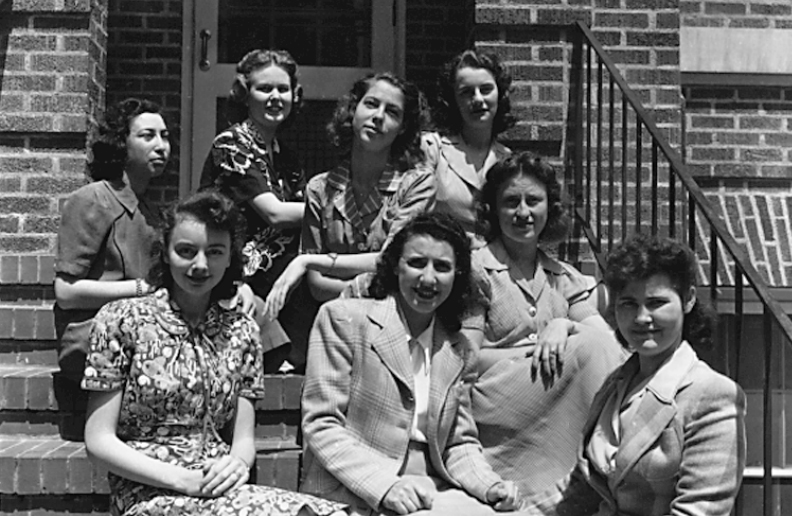 Plans are underway for a Girls Industrial College of Texas, which is to provide the students with a literary education and a knowledge of "practical industries" (Bulletin No. 1, Feb. 20, 1903).

The diploma plan called English-Science is created for the first term of The Girls Industrial College. Miss Lucy E. Fay is the chair.

A newly created department named Elocution, Physical Culture and Vocal Music is established. Included in the department are classes in speech arts and literary interpretation.

The school name is changed to the College of Industrial Arts.

"All students are required to study English no matter what course is taken, for any knowledge without the power to express that knowledge correctly, both orally and in writing, is inadequate" (Bulletin No 18, June, 1907). Miss Beatrice Montgomery replaces Miss Fay, who has resigned.

The name change of the course of study from "English-Science" to "Literary Course" more accurately reflects courses actually being taught. All non-literary
courses are renamed "rhetoric and composition" with different emphasis, i.e., grammar, exposition and argument, narration. Miss Etta M. Lacy is hired to take the place of Miss Montgomery.

President William Bennett Bizzell is dismayed at the overcrowding. As many as fifty students are crowded into one English class.

Course offerings reflect fewer composition courses in relation to literature for the first time. A new course in mythology is offered.

The aim of the College of Industrial Arts is to "send out well-rounded young women. And it will never send them out until it sends out a girl who can write as
well as she can cook, who can interpret great minds as well as she can sew, and who can think and assimilate the ideals of others as well as she can furnish
as house" (Sixth Biennial Report of the Board of Regents, August 32, 1913-1914).

This date marks the first year of degree work. Miss Lacy leaves the Department, and Miss Mary A. Shouse arrives to direct the department.

The English faculty grows to five. In January, the Lass-O and a literary insert, the Daedalian Quarterly, are first published. In June, the College of Industrial Arts confers its first degree. One of the three graduates is an English major. During the 1915-16 school year, the name of the department changes from English Language and Literature to English.

Composition offerings are limited to two freshman writing classes and one advanced writing class. The Department of Elocution is disbanded. Speech/oratory, debate and physical expression move to the newly created Department of Reading.

Professor Lee Monroe Ellison, Director of the English program, replaces Miss Shouse, who has resigned. He remains in this position until 1947, having served
forty-seven years.

During the 1922-23 school year, the year Autrey Nell Wiley graduates from CIA, Robert Frost visits. He returns to TWU to speak in 1938. Bulletin No. 100 (April 1, 1922) consists of "Programs and Suggestions for Study for Women's Clubs by The Members of the English Department."

The Journalism Department is established and assumes responsibility of the Lass-O. Years later, the hyphen will be dropped from the title, thus diminishing the effect of the original pun.

During 1929-30, CIA becomes the first woman's college in Texas to offer graduate courses leading to the master's degree.

The college confers its first master of arts degrees in June. Three of the M.A. graduates are in English.

The name of the college changes to Texas State College for Women.

The abolition of student uniforms occurs this year. During 1938-39, poet Edna St. Vincent Millay visits the campus. She returns in 1945-46.

This year begins fifty years of the Writers' Conference, one of the most prestigious events sponsored by the English Department.

Enrollment figures for 1940-45 reveal a decline in traditional areas, including English.

Sinclair Lewis comes to campus for a debate during 1941-42.

The Beta Epsilon Chapter of Sigma Tau Delta, the national English honor society for upper-class students, is established at TSCW.

Autrey Nell Wiley, Ph.D., becomes chair of the English Department and serves in that capacity for twenty-four years.

Omega Rho Alpha, the freshman English honor society, is established on campus and will later have chapters at other Texas colleges.

The English Department offers summer workshops on Current Trends in English, the only workshop of its kind.

The name change from the Texas State College for Women to Texas Woman's University reflects the university's emphasis on research and graduate work.

Autrey Nell Wiley, Ph.D., becomes Dean of the College of Arts and Sciences.

The first graduate teaching assistants are admitted into the department.

The coordinating board approves the department's application to implement a new graduate degree, the doctor of philosophy in English with a concentration
in rhetoric.

Autrey Nell Wiley, Ph.D., retires forty-seven years after she began teaching at CIA in 1923 and twenty-four years after she became chair of the English Department. Lavon B. Fulwiler, Ph.D., becomes the new Chair.

Gladys Rios, Ph.D., is the first to receive the new Ph.D. in English with a concentration in rhetoric.

The First Annual Symposium in Rhetoric is held at TWU.

The Writing Lab opens its doors for tutoring.

Howard Nemerov, winner of the Pulitzer Prize and of the National Book Award, speaks at the Creative Writing Workshop. The Daedalian Quarterly and the
yearbook merge to create an annual magazine called Daedalian. The department offers courses in applied rhetoric in Dallas.

From 1985 to 1990, the enrollment in English courses grows 44.3 percent. The interdisciplinary workshop "Texas Women: The Myth, the Reality" is coordinated by Joyce Thompson, Ph.D.

The golden anniversary of the Writers' Conference marks its last conference at TWU. The department publishes its first departmental newsletter.

The name of the Department changes to the Department of English, Speech and Foreign Languages to reflect more specifically than before its three components.

TWU hosts the Sixteenth National Computers and Writing Conference in Fort Worth.