March 1, 2021 - DENTON - Texas Woman’s alumna Shakar Soltani, BBA ’17, has always been fascinated with flying and the airlines for as long as she can remember, but as a minority female, she didn’t dare dream that she could be a pilot herself. But that changed, and Soltani is now on her way to taking flight while bringing much-needed representation to her chosen field.

Discovering a passion for flight

“When I was little, my dad used to take me playing, and we would see the planes landing in Bachman Lake in Dallas,” said Soltani. “And I always remember how close the planes would fly and how excited I would get seeing them soar over my head.”

Soltani, who is from Dallas, also enjoyed going to the airports and hearing different languages chatter in the background.

“I loved looking at monitors and seeing all the different cities and states to explore,” she said. “I was always interested in the airlines, but I never considered being a pilot.”

When it was time to choose a college to attend, Soltani was attracted to TWU because of its beautiful campus, affordable tuition and welcoming environment. She initially decided upon nursing as her major because she always wanted to have a job that was meaningful and impactful.

“Some people go to work for a paycheck, but I wanted to feel like I was doing some type of good deed in the world,” she said.

However, Soltani soon discovered that nursing was not the right fit for her, so she changed her major to marketing—a decision that would alter her life’s course. As a marketing major, she worked for Southwest Airlines’ marketing department as a distribution and air programs intern. Not only did her coursework prepare her for the internship, but she finally entered the field she had loved for so long.

“What better place to intern than at an airline because I’m obsessed with airlines?” said Soltani. “It was really cool working for an airline and being in the corporate marketing department learning all the ins and outs of how the airlines operate and work. And it was awesome taking business classes and then applying what I learned in person. My marketing research course showed me how changing elements of the marketing mix impacts customer behavior, which in turn affects sales and overall impacts the entire business.”

Charting a course for success and navigating some turbulence 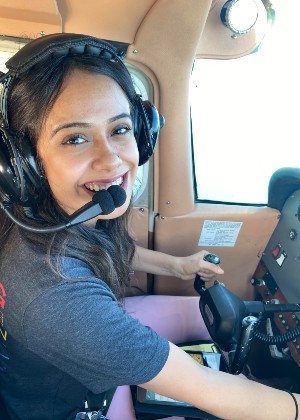 After graduating, Soltani worked for Fidelity Investments for a while, but she simply could not let go of her passion for flying. She became a flight attendant with Spirit Airlines, which took her life in directions she had only previously dreamed about.

“I absolutely loved being a flight attendant,” she said. “I loved the lifestyle of being on the go, and I loved being in and around airplanes.”

She also met Natalie Berman, one of the captains at Spirit Airlines. Berman invited Soltani to attend the Women in Aviation Conference, where women spoke about different sections of aviation. That convinced Soltani that she, too, could be a pilot. She decided to go on her discovery flight, which is the first time someone is able to fly an aircraft with a certified flight instructor (CFI). It includes takeoff, doing some maneuvers, getting a feel for the controls and landing.

“I remember that day like it was yesterday because I was already in love with the lifestyle of being a flight attendant and I loved flying,” said Soltani. “I thought, what better career than to be a pilot?” 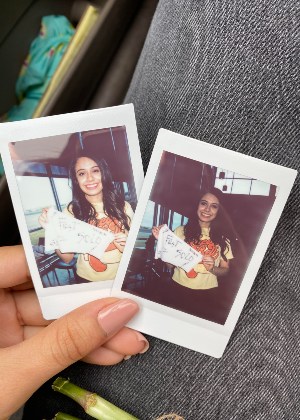 Soltani enrolled in flight school, but the COVID-19 pandemic’s impact on the airline industry created a few obstacles when thousands of employees were furloughed and some airlines went bankrupt. After losing two family members to the virus, she resigned from her position as a flight attendant and began to lose sight of her path. But after discovering the benefits of practicing yoga, meditation and mindfulness, she was able to get back on track.

“Through this practice, I found stillness,” she said. “I learned to give myself grace, to be present and to be grateful.”

Soltani began working as a substitute teacher for the Dallas Independent School District to help pay the bills while continuing her flight lessons part time.

Even though she previously earned five aviation scholarships, money was still tight, until getting a much-needed financial boost as the winner of the inaugural #PILOTINA Scholarship from Fig Factor Media. The $5,000 scholarship is funded by sales proceeds of Latinas in Aviation, an inspirational, nonfiction book presenting the stories of Latinas in the aviation industry. 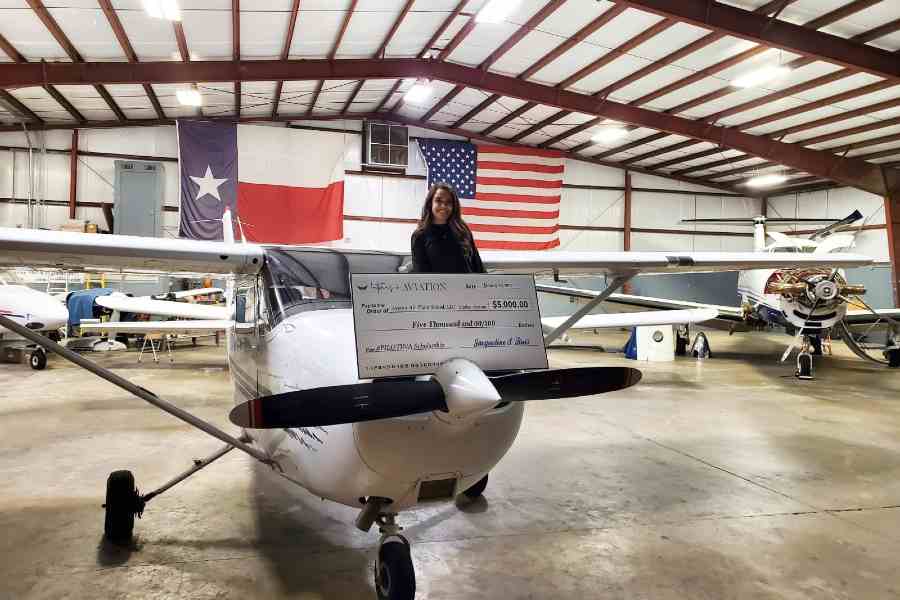 “The #PILOTINA Scholarship will help reduce some of the financial stress that comes with pursuing this career, and I am so thankful,” said Soltani. “I was very close to completing my first rating—my private pilot license—but I was running low on funds. When I got the news that I won, I was overwhelmed with excitement and gratitude!”

The scholarship also gave a boost to her confidence.

“When I first started my flight training, I was very intimidated and felt imposter syndrome from being a minority,” she said. “That's why being awarded this scholarship meant so much more to me than financial support. It boosted my confidence by showing me that others believe in me and showed me that I am not alone. I think it's important to recognize that amidst the feelings of hopelessness or ostracism, if your heart calls for this, it's because you belong.”

Demonstrating the importance of representation 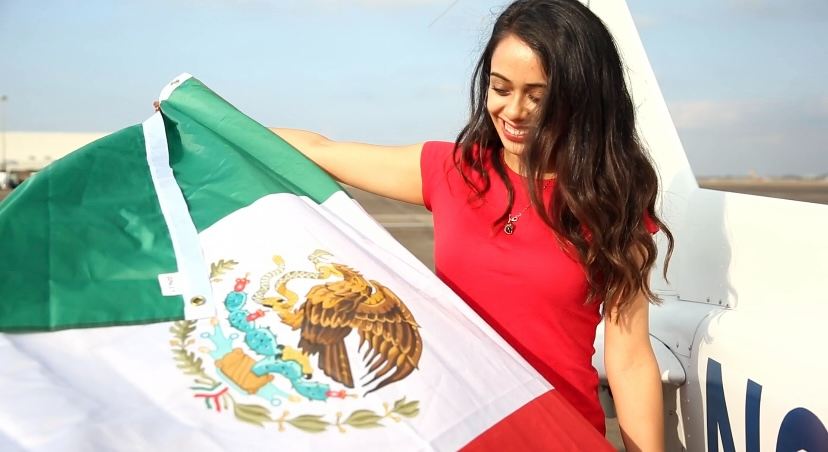 In addition to her work and flight school, Soltani still finds time to bring representation to the aviation field in other ways. She actively participates in aviation organizations, volunteers at career days and is a guest speaker about her experience.

Soltani’s mother is from Michoacan, Mexico, and her father is from Mashhad, Iran, so she has experienced first-hand not seeing others like herself in the profession she wished to pursue. That’s why she is determined to be an example for others.

“We need to change the look of aviation if we want to have a more inclusive society, and I am always looking for ways to impact other people and hopefully be the representation that I wish I saw,” she said. “For me, representation matters because it gives people a sense of the possible path to follow and a more inclusive future to envision. I know that somewhere out there is a girl like I once was who already knows what her passion is but doesn’t really clearly see the vision, and life accidentally takes her that way. If we could take her that way sooner, then I know I’ve fulfilled my purpose.”